Five Things To Know: The Win Over Akron 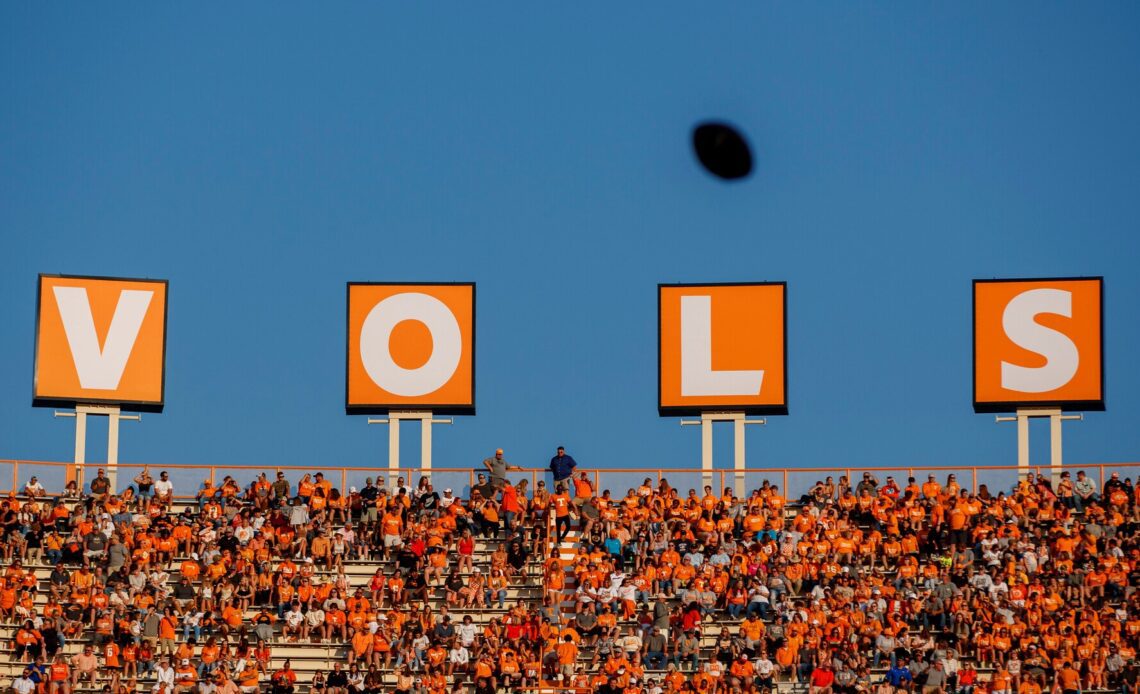 Tennessee stayed unbeaten and improved to 3-0 with a dominant 63-6 win over the Akron Zips in front of a sold-out Neyland Stadium on Saturday night. The Vols celebrated 50 years of night games at Neyland Stadium, as Friday marked the anniversary of No. 7 Tennessee topping Joe Paterno’s No. 6 Penn State 28-21 in the iconic venue’s first night game a half century ago. Akron was the first Saturday night home game of the year after the Vols opened the season with a Thursday night win against Ball State.

Here are five key takeaways from the victory:

For the first time since Sept. 12, 2015, Neyland Stadium was sold out for a non-conference game—as a capacity crowd of 101,915 was on hand to watch the Vols final game prior to SEC play.

Saturday also marked the first sellout game in Neyland Stadium against a non-Power Five opponent since Aug. 31, 2014 vs. Utah State (102,455). In addition to Saturday’s sellout against Akron, next week’s SEC-opener against Florida is already sold out as well—giving Tennessee back-to-back sold out home games for the first time since 2016, when the Vols sold out games against Florida (Sept. 24) and Alabama (Oct.15).

2. Hooker Passes on the Field and in the Record Books

Entering Saturday’s game, Hendon Hooker sat in eighth place for most career passing touchdowns in school history. With a pair of touchdown strikes to Jalin Hyatt—one from 57 yards and one from 48 yards—Hooker gained sole possession of seventh place in the program record books with 37 scoring tosses. He passed Jonathan Crompton (2006-09), Heath Shuler (1991-93) and Andy Kelly (1998-91) with his two-touchdown outing on Saturday.

Hooker finished the night 14-for-18 through the air for 298 yards and two touchdowns—completing each of his final 12 passes. In addition to his ascension up the career touchdown passes list, Hooker has thrown at least one touchdown pass in 15 straight games, which is second in program history behind…