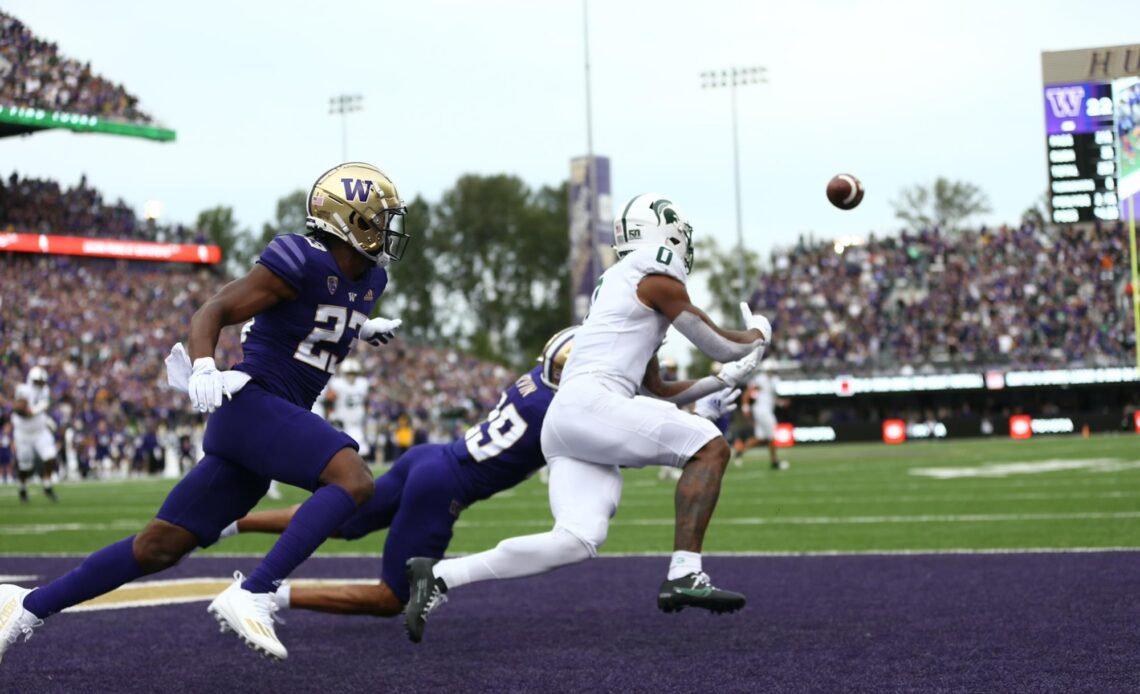 • Redshirt junior quarterback Payton Thorne completed his first 10 passes of the game, before throwing a ball away for his first incomplete pass . . . Thorne also completed 10 straight passes in his first career start at Penn State on Dec. 12, 2020 . . . Thorne is the first Spartan QB to open a game with 10 completions in a row since Brian Hoyer vs. UAB on Sept. 1, 2007 . . . Thorne finished the game 30-for-42 for 323 yards with three TDs . . . the 323 yards was Thorne’s season-high for passing yards and his fifth career game with 300-plus passing yards . . . with the three TD passes, Thorne registered his second game of the season with multiple TDs, and his fourth in his last five games played, as part of the 10th overall time of his career . . . with the successful two-point conversion passes in the second quarter and fourth quarter, Thorne now has four career two-point conversions in his career.

• Sophomore wide receiver Keon Coleman had a career-high with his nine receptions for 116 yards and two TDs, all career bests, with the first 100-yard receiving outing of his Spartan career . . . Coleman topped his previous career-highs of four catches, 84 yards and one TD . ….