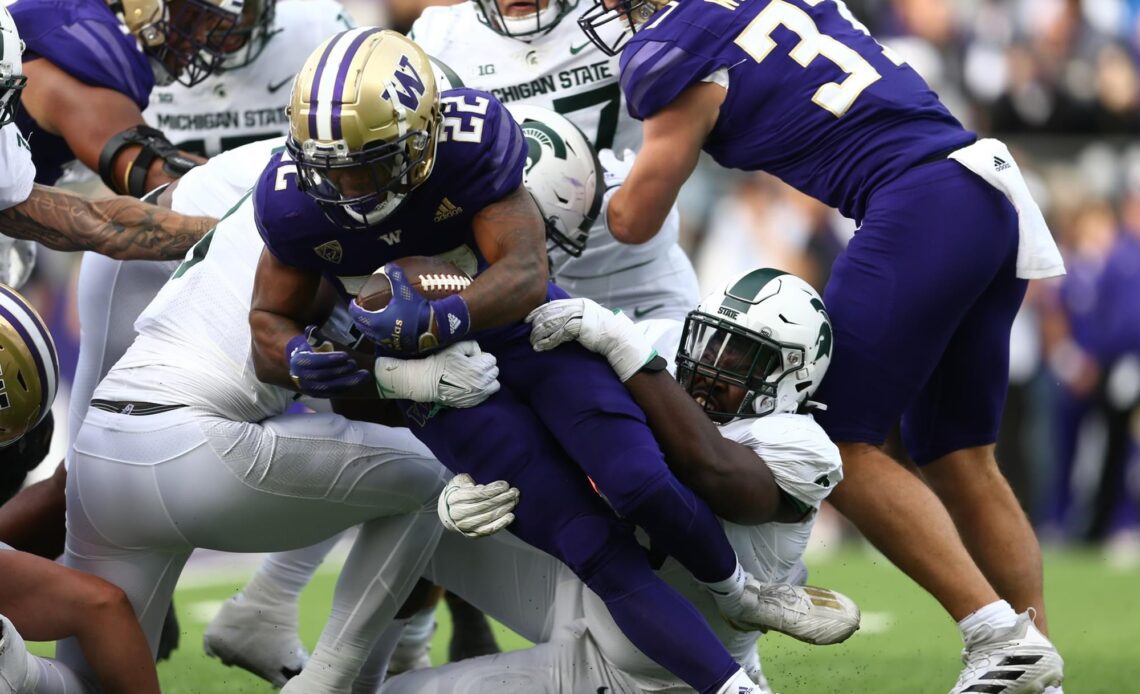 We had a lot of support out here today and we really appreciate that. It’s just a shame that we weren’t able to come out here and play well today. There are no excuses or no explanations. We give Washington credit. They’re very well coached and they outplayed us today in all three phases. We’re going to learn a lot from it. We’re going to show up tomorrow ready to work and we’re going to have a better response next weekend.

What did you see with what Penix was doing through the air?

We had a matchup issue that they took advantage of. It was obvious, it showed up early in the game. We knew that it was going to be a game of explosives. Every time, if you look at their drives in the first two games, almost all of their scoring drives included explosive gains. We knew that we needed to eliminate explosive gains and we weren’t able to do that. It was a deal where it was too easy to score and we gave up big chunks. I have to look at the film to see exactly what we need to do to fix it but we had some issues with some matchups.

How difficult was it to contain Washington’s passing attack?

It was difficult. We weren’t able to hit the quarterback enough and we weren’t able to put enough pressure on him. We also really didn’t stop their run like we needed to on early downs. (Penix is) a good player. Like I said during the week, he’s one of the best players in the country, we think. We weren’t…