TE George Kittle OUT vs. Seahawks 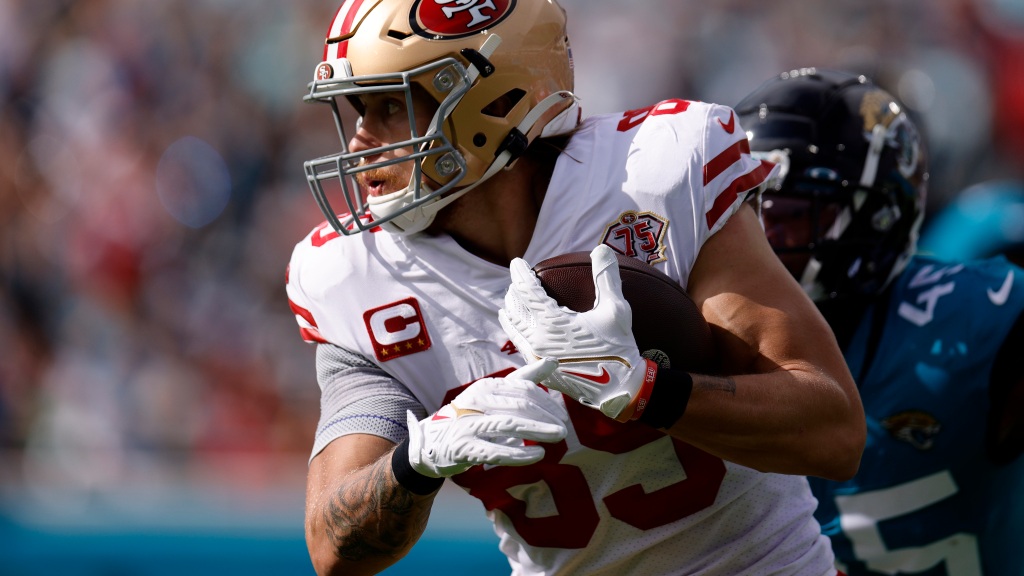 The 49ers have officially ruled out tight end George Kittle from their home opener vs. the Seattle Seahawks. He’s one of five players who won’t suit up Sunday for San Francisco.

Kittle has been dealing with a groin injury the last two weeks and didn’t play in the season opener in Chicago. Brunskill was listed as out on the official injury report Friday while nursing a hamstring injury he’s had since the preseason opener.

Rookie running back Tyrion Davis-Price will make his NFL debut against Seattle. He was inactive in Week 1, but this week he’ll be in the backfield and should get some burn in the backfield alongside Jeff Wilson Jr. and undrafted rookie Jordan Mason.

Another rookie, WR Danny Gray, will also debut after getting a healthy scratch in Chicago.