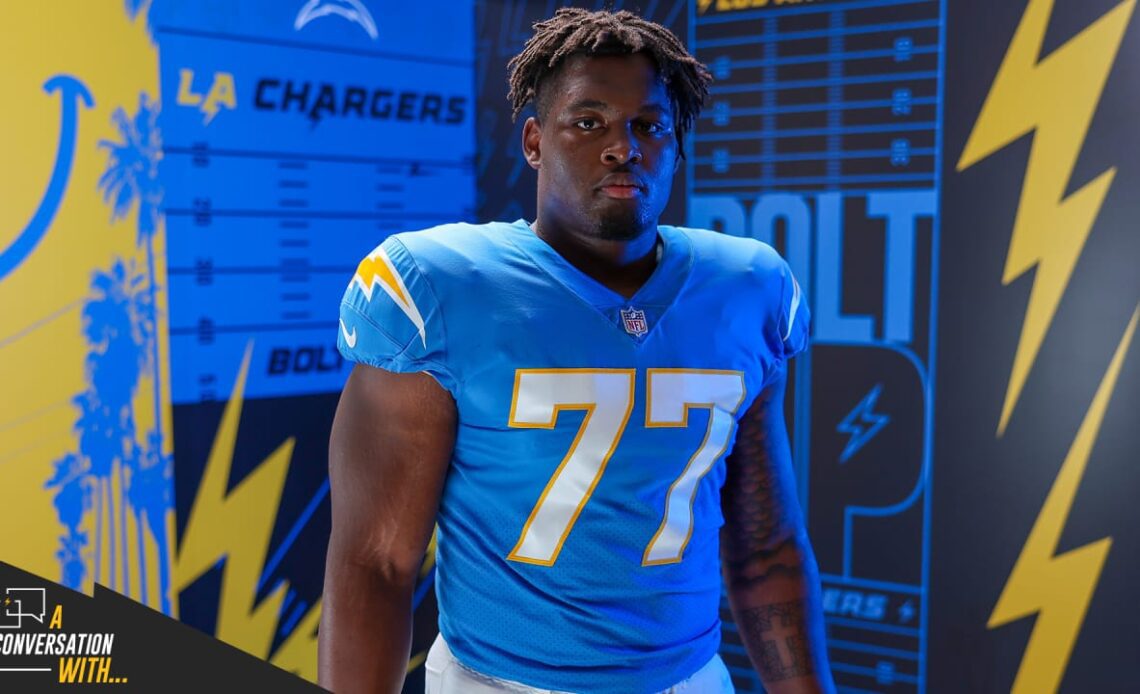 When you talk about learning and soaking up as much as you can, who on this team or maybe the line have been great resources for you?

Johnson: It’s hard to pick because they all have. Playing next to Trey, he’s done a lot to make me feel more comfortable and help me learn to become a better player and help us jell. Corey [Linsley] is the same way; he’s played a lot of football and has a lot of knowledge. He’s a guy that you can really bounce things off of that can help you.

The same thing goes for [Matt] Feiler, he plays the same position as a guard, so even more in specifics in terms of techniques and little things you can do to tweak your game, I can go to him for things like that. Then Rashawn [Slater] and even Jamaree [Salyer], a rookie, those guys do a lot to really help.

Anything surprise you about playing in the NFL?

Johnson: I would say the process. It’s not like college where every week is pretty much the same; you play on Saturdays, for the most part, you have different game times, but your routine is really the same.

And you’ve gotten a taste of that already and had games on all those days so far this season.

What’re you building with Trey on that right side?

Johnson: One of the things we try to stress with each other is just communication. If we’re on the same page, then we’re gonna be a lot better and more cohesive as an offensive line.

So really, just communicating, working our combination blocks together, building that trust in each other. When you have that trust with the guy next to you, it just makes things a lot more easy for you.

There’s obviously been some attrition on this offensive line throughout the season already and even in games.