5 Takeaways of the Chargers Through 7 Games 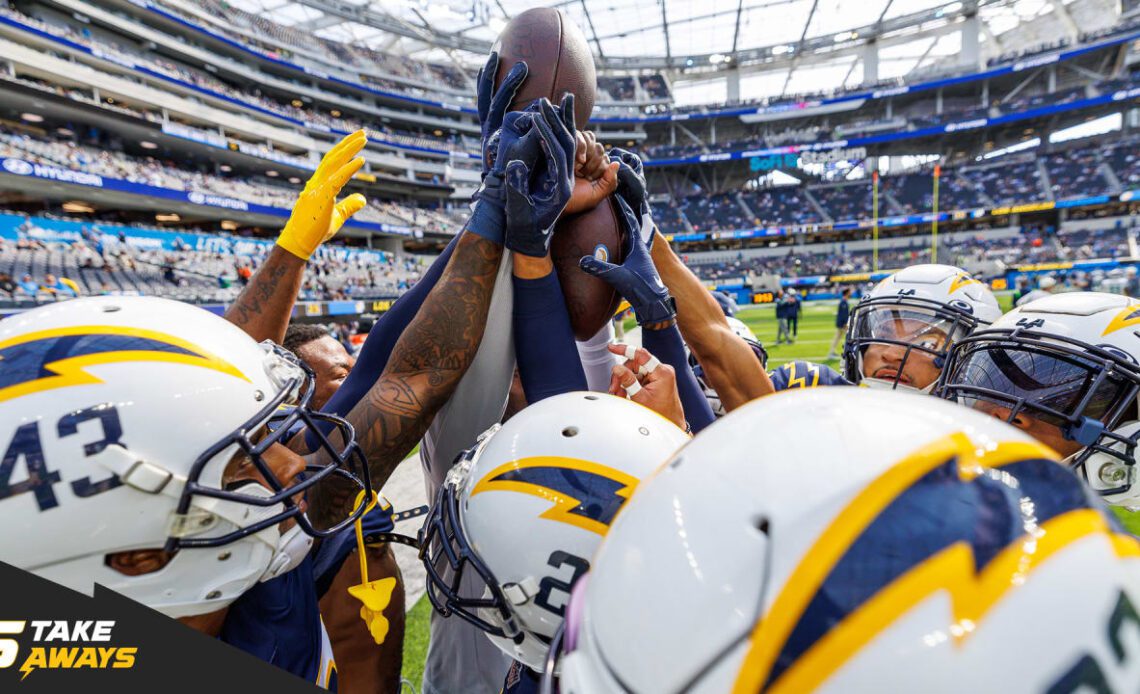 2. Justin Herbert has thrown the ball a lot

Much like the Bolts season overall, the Chargers offense has been a bit up and down through seven games.

Put another way, Herbert is throwing the ball a ton this season.

However, whether it be injuries (either to other players or Herbert himself), protection issues, a lack of running game (more on that below) or other factors, the quarterback isn’t throwing the ball downfield as much as the past two years.

This year? Herbert is averaging just 6.5 yards per attempt, which ranks 25th among all quarterbacks.

Again, injuries have played a role in that, whether it’s talking about to Herbert, Keenan Allen, Corey Linsley, Rashawn Slater or Jalen Guyton.

Perhaps the Bolts aren’t the high-octane team many thought before the season, but there are other ways to win, too.

Getting Allen back will help, especially on third downs and in the red zone, two areas that haven’t been as strong as a year ago.

And we’ll see in the final 10 games if Herbert and the offense push the ball downfield a bit more.

“I think Justin is giving us a chance, in every single game, to win,” Staley said. “He’s as good as any player that is playing in the game right now.

“He’s improving and I know that it’s probably one of the first times where there has been a lot that’s happened around him, including within himself in terms of dealing with an injury for the first time,” Staley continued. “I think he’s experiencing a lot of tough stuff that happens in the NFL and I think that he’s who he always is.

“He’s poised, he’s steady. There is no one that cares more than he…