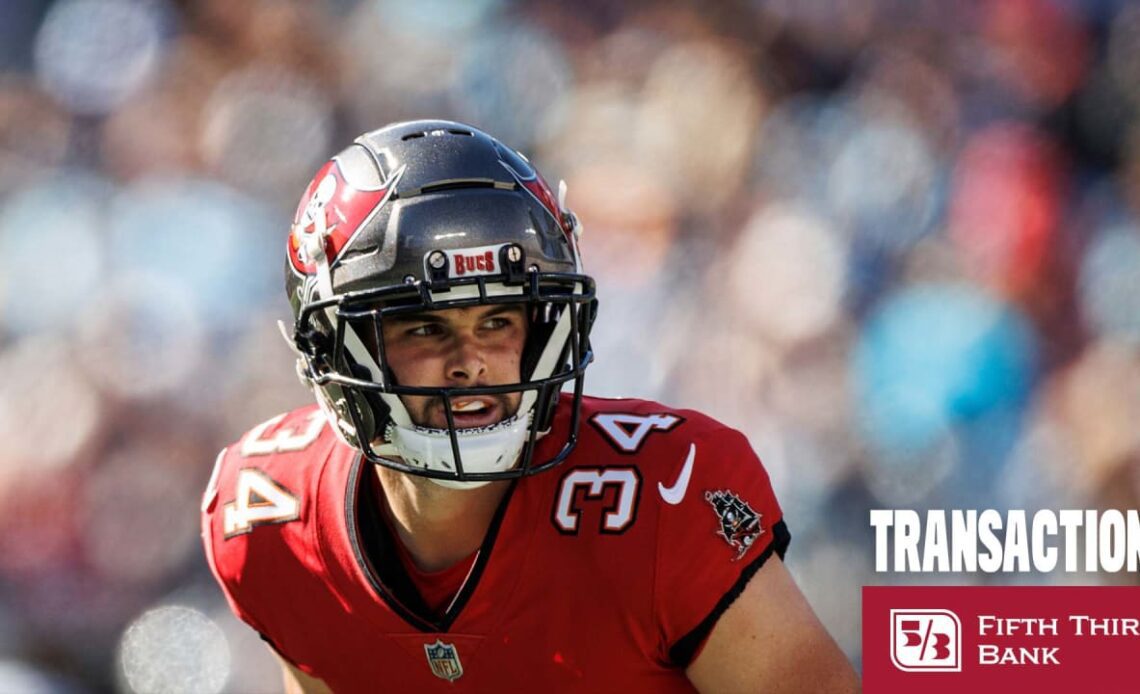 On Thursday, the Tampa Bay Buccaneers signed rookie safety Nolan Turner off their practice squad to the 53-man roster, helping to patch up a secondary that has been severely thinned by injuries. The team had an open spot on the active roster after placing inside linebacker K.J. Britt on injured reserve on Tuesday.

The Buccaneers play the Baltimore Ravens on Thursday night at Raymond James Stadium. Teams playing in Monday or Thursday night games are allowed to make transactions on the day of the contest.

Tampa Bay will be playing without safety Logan Ryan, who is on injured reserve with a foot ailment, and has also ruled out safety Antoine Winfield Jr. (concussion) and cornerbacks Carlton Davis (hip) and Sean Murphy-Bunting (quad). That left the team with only five available defensive backs before Thursday: safeties Mike Edwards and Keanu Neal and cornerbacks Jamel Dean, Zyon McCollum and Dee Delaney.

Turner will play in his third game in a row, having been elevated from the practice squad for game day in each of the past two weeks. He has so far seen action solely on special teams but may be needed on defense against the Ravens.

Nelson (6-1, 202), who played his college ball at Clemson, signed with the Buccaneers as an undrafted free agent in May. He played in all three of the Buccaneers’ preseason games, with two starts, and contributed six tackles plus another three stops on special teams. Over six seasons at Clemson he played in 65 games with 25 starts and amassed 192 tackles, 3.0 sacks, 13.5 tackles for loss, seven interceptions, 20 passes defensed and two forced fumbles.