Who will won’t play Tampa Bay vs. Baltimore Ravens Week 8 2022 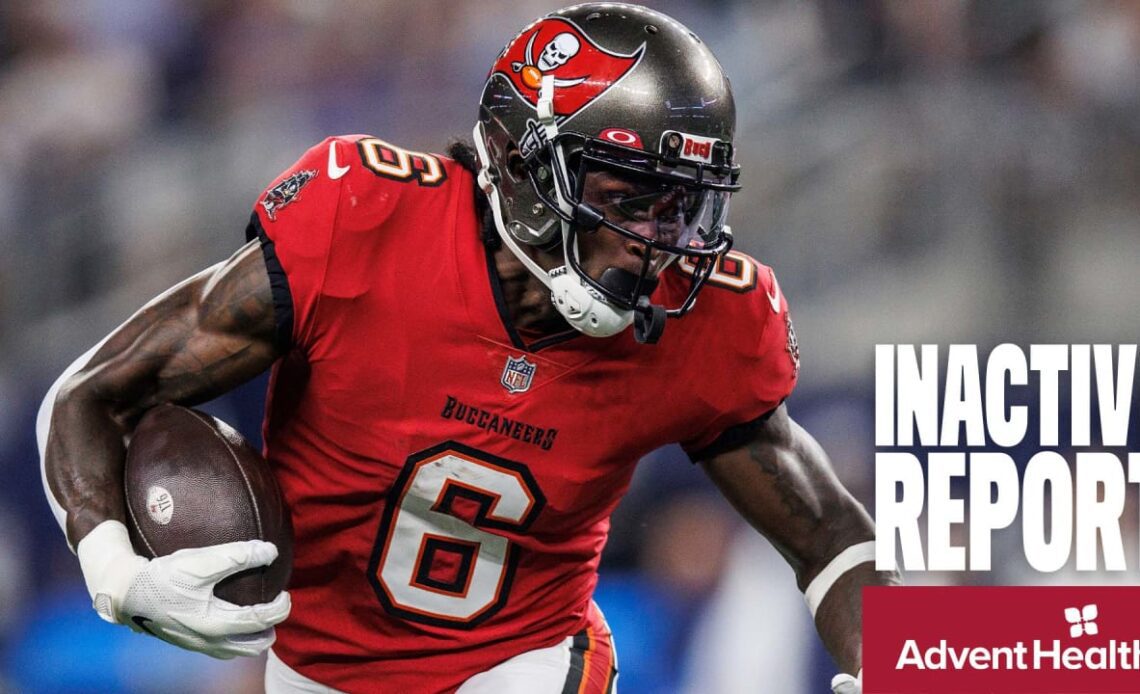 There was no mystery to the Tampa Bay Buccaneers’ inactive list for their Thursday night game against the Baltimore Ravens. With seven players already ruled out due to injuries, that list was ready made and everyone else on the roster had an active spot waiting for them.

That meant wide receiver Julio Jones, who was questionable for the game on Wednesday’s final injury report, will be active for the first time since Week Four and just the third time this season. He has been working to overcome a knee injury and was able to get in some limited practice time this week. It is not certain, however, if he will actually play in the game and, if so, how big his role will be. With Russell Gage out due to a hamstring injury, the Buccaneers have six receivers active for the game: Jones, Mike Evans, Chris Godwin, Scotty Miller, Breshad Perriman and Jaelon Darden.

Tampa Bay’s secondary has been hit the hardest by injuries, with Logan Ryan on injured reserve and Carlton Davis, Sean Murphy-Bunting and Antoine Winfield Jr. all sidelined for the game. The Buccaneers signed rookie safety Nolan Turner to the 53-man roster and elevated rookie cornerback Don Gardner from the practice squad to give them a total of seven defensive backs for the game: Turner, Mike Edwards and Keanu Neal at safety plus Gardner, Jamel Dean, Zyon McCollum and Dee Delaney at cornerback.

The Buccaneers also elevated inside linebacker J.J. Russell from the practice squad to restore their four-man depth at that position following the placement of K.J. Britt on injured reserve. In addition, second-year quarterback Kyle Trask will be active for the first time in his career simply because all the inactive spots are filled by injured players. Trask would be the third quarterback behind Tom Brady and Blaine Gabbert.

The Buccaneers and Ravens submitted their list of inactives at 6:45 p.m. ET on Sunday, 90 minutes before the scheduled kickoff of their Week Eight matchup at Raymond James Stadium. The Buccaneers had elevated Gardner and Russell from the practice squad earlier in the day, giving them a 55-man roster for the game. That means they had to name seven inactives in order to get down to the active game limit of 48.

The Ravens will be without starting defensive end Calais Campbell, who missed all of the team’s work in a short week due to illness. There were eight other Baltimore players listed as questionable for the game on Wednesday’s injury report but only inside linebacker Josh Bynes was named…