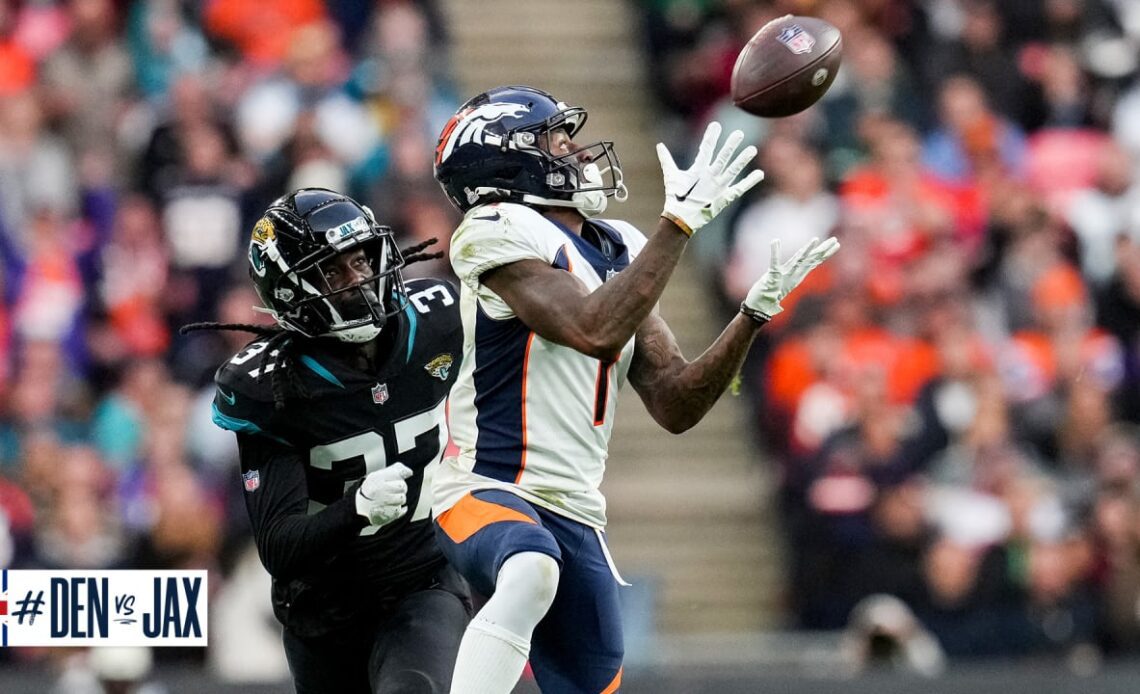 LONDON — Maybe all it takes is one play.

Maybe all it takes is one KJ Hamler 47-yard reception, one K’Waun Williams interception, one Latavius Murray touchdown to change the course of the season.

The Broncos spoke all week — and for weeks before that — about the need to make a game-changing play, to come up big in the biggest moments.

Again and again this season, the Broncos failed to make those plays — and on Sunday against the Jaguars, they made them.

“It was huge,” Justin Simmons said of the 21-17 win. “Heading into the bye, we are getting some guys back, guys that are banged up [as we approach the] halfway point of the season, and it’s going to be huge for us. Everyone talks about how wins are momentum builders, and for heading into the bye, this was a huge one. We talked about how this is a must-win for us, and … we got the win. For us moving forward, it’s building on this.”

There were many examples on Sunday of the game-altering plays the Broncos had been seeking.

Simmons came down with a second-quarter interception at the goal line when Trevor Lawrence rolled to his right and threw an ill-advised pass. Instead of a 14-0 deficit, the Broncos remained behind by just a touchdown.

Jerry Jeudy worked across the field on a third-and-7 to haul in a 25-yard pass, which set up his jet-sweep touchdown on the very next snap.

Greg Dulcich made play after play on the Broncos’ first possession of the third quarter, tallying 78 yards in one series, as Denver drove 98 yards and took the lead for the first time.

Facing a three-point deficit with 3:54 to play, the Broncos made several more critical plays. Russell Wilson launched a 47-yard pass to Hamler that pushed the Broncos to the edge of field-goal range.

“We had talked about that in between series, that we wanted to give KJ an opportunity for a go-ball to that side, and we got the look we wanted and he executed it to perfection,” Head Coach Nathaniel Hackett said. “That’s what we’re looking for, just when you have…