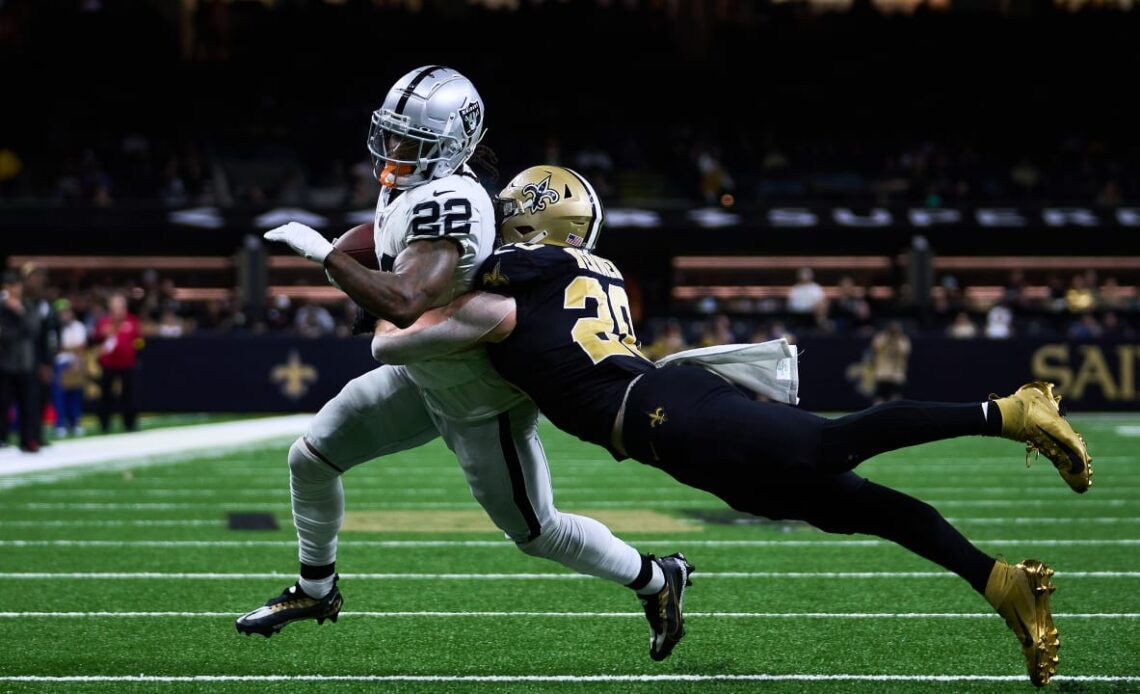 After a disappointing loss in which the team did not play well in any phase, the coaching staff is likely to focus on the fundamentals to help the team get back on track. In the NFL, games are won by the teams who block, tackle, take the ball away and protect the ball better than their opponents. The Raiders need to focus on excelling in the basics to earn a win on the road against a Jaguars team that has seen recent struggles.

Defensively, defensive coordinator Patrick Graham will likely focus on stopping the run after giving up 136 yards on the ground against the Saints. The combination of Alvin Kamara and Taysom Hill successfully picking yards between the tackles could force the Raiders to spend more time working on their run fits in nine-on-seven and team drills this week. In addition, the spate of missed tackles in the game will likely lead to more tackling drills to ensure the defenders are utilizing proper form and taking proper angles to ball carriers.

With Kamara also finding success as a pass catcher, the Raiders’ zone drops and man-to-man coverage need a little work as the defense hopes to tighten up the coverage in the coming weeks.

On offense, the lack of rhythm and limited touches amongst the stars could prompt McDaniels and his assistants to re-evaluate the offensive approach heading into the Jaguars game. Derek Carr, Josh Jacobs, Davante Adams and Hunter Renfrow headline the unit and they must make their mark on the game for the Raiders to be at their best. Considering their collective talent and impact, the ball must be in their hands as much as possible to enhance the unit’s chances of producing big plays and points.

With that in mind, the coaches could opt to simplify things to ensure everyone is able to play fast and free of mental clutter. In addition, a simplified game plan could enable Carr to focus on getting the ball to the team’s top playmakers and letting them go to work on the perimeter. By putting the best players in the optimal…