Greg Dulcich nominated for NFL Rookie of the Week after #DENvsJAX 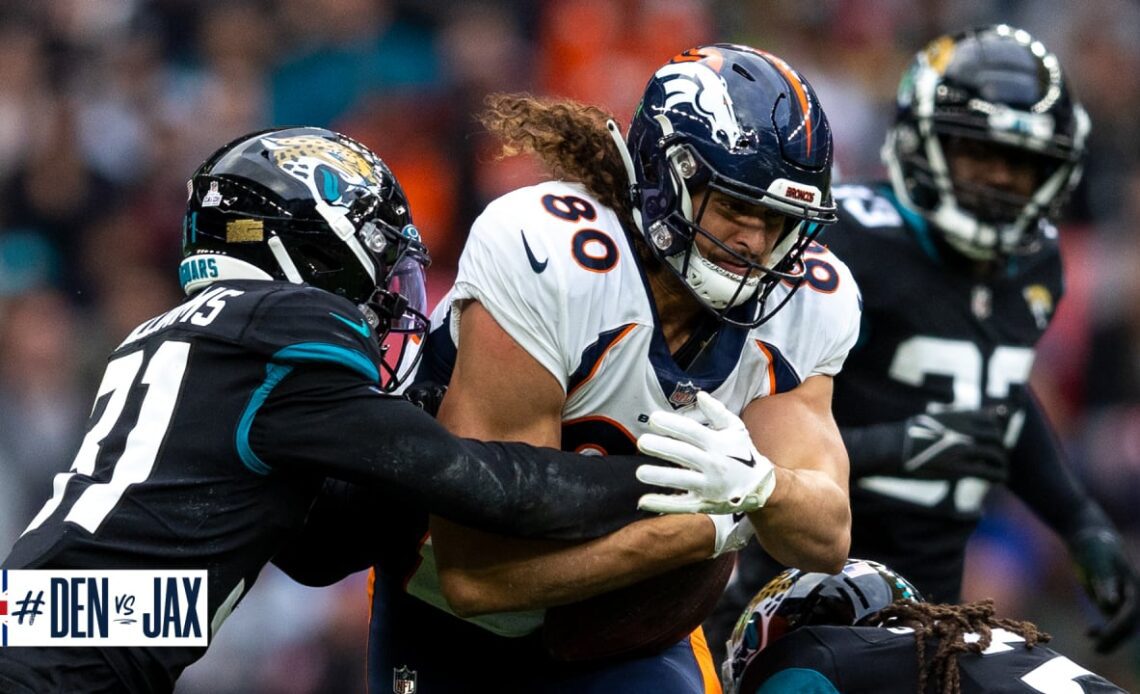 After leading the Broncos in receiving yardage in a Week 8 win over the Jaguars, tight end Greg Dulcich has been nominated for NFL Rookie of the Week.

Fans can vote for Dulcich here.

In just the third game of his career, Dulcich made his first start and caught four passes for 87 yards, which was the fourth-most receiving yards in a single game by a rookie tight end in franchise history.

Three of Dulcich’s catches came on a single drive, as he helped spark Denver to a go-ahead touchdown in the third-quarter. Quarterback Russell Wilson found Dulcich for gains of 18, 22 and 38 yards to push the Broncos from their own 2-yard line to deep in the red zone.

Through a Broncos rookie tight end’s first three career games, Dulcich’s 12 receptions and 182 receiving yards are the most in franchise history.