Loading up for a duel against a young, rising defensive unit 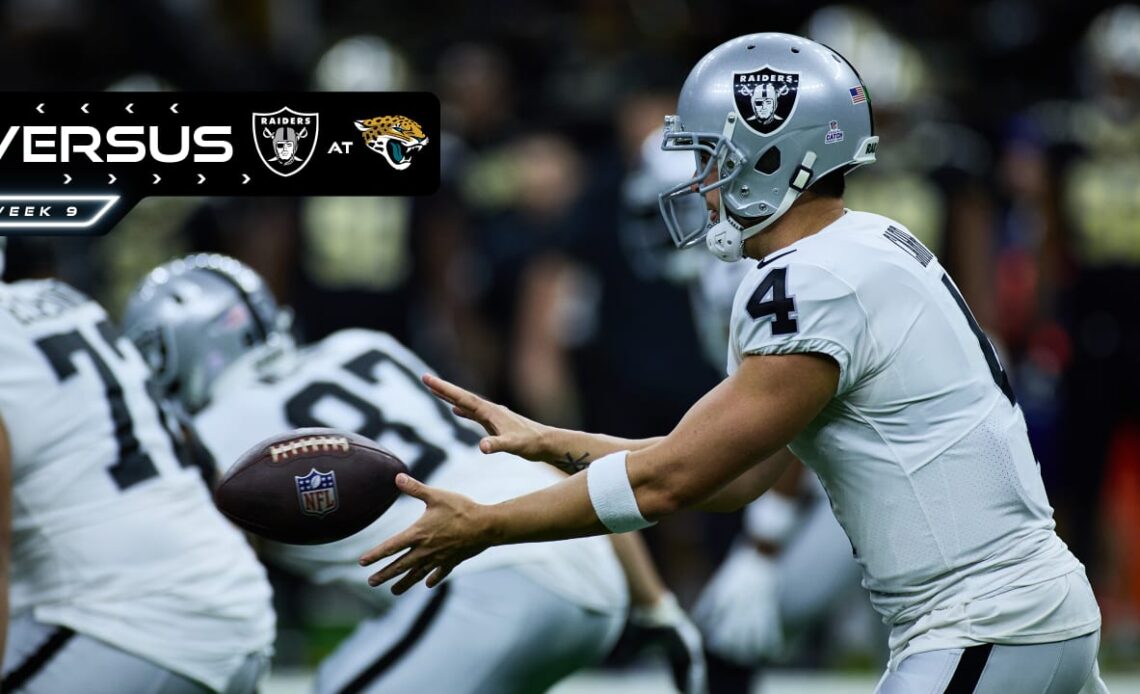 Something tells me that we may have another quarterback duel on our hands in Jacksonville this Sunday.

Both the Raiders and the Jaguars have done a lot this offseason to bolster the offense around their quarterbacks. Derek Carr now has Pro Bowl receiver and college teammate Davante Adams on his side, and they’ve connected for five touchdowns on the season. Trevor Lawrence has two exceptional receivers in Christian Kirk and former Raiders wideout Zay Jones, along with his former college running back Travis Etienne Jr., who has been having an impressive beginning to the season following missing his entire rookie year with a foot injury.

“For me, it’s just making sure I’m on time with my throws, my eyes are in the right place,” Carr said, giving an evaluation of himself. “Throughout my whole career, that’s how I’ve always been, make sure you start with your eyes in the right place and try and make an accurate throw on time. That’s how you get those ones where you throw it and you get hit or things like that. That’s part of the game, they’re going to get there at some point. I can’t speak for everybody, but I can speak for me, like that’s how I go about it.”