A.J. Klein vows to make most of opportunity with Bears 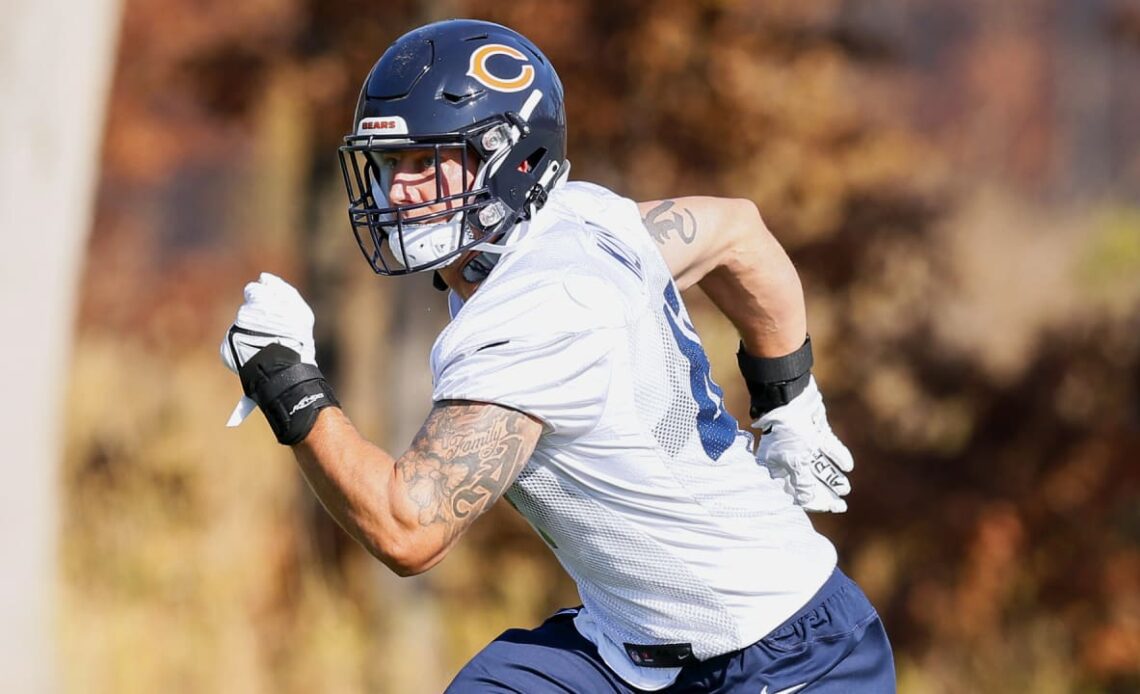 Selected by Carolina in the fifth round of the 2013 draft out of Iowa State, Klein has been in the NFL long enough to know what type of impact losing veteran leaders such as Smith and Robert Quinn—who was traded to the Eagles last week—can have on a young defense.

“I can understand it’s got to be tough on some of the guys,” Klein said. “First and foremost, I want to be a good teammate and be cognizant of the situation that’s going on. The guys have been nothing but great. The guys have been coming up and introducing themselves. It’s going to take me a long time to learn names, but everybody’s been very welcoming.”

Klein joins the Bears having registered 454 tackles, 44 tackles-for-loss, 15.5 sacks, eight forced fumbles, four fumble recoveries and four interceptions, one of which he returned for a touchdown.

He was a regular contributor with the Panthers before becoming a full-time starter upon signing with the Saints in 2017. He joined the Bills in 2020 and was named AFC defensive player of the week after recording 14 tackles, one sack and three tackles-for-loss in a Week 12 win over the Chargers.

Klein’s longevity in the league is due in part to his versatility and football intelligence.

“I’ve always prided myself on being smart and understanding defensive schemes and being a guy that’s in the film room,” he said. “I think being able to play multiple positions has helped me a lot.”