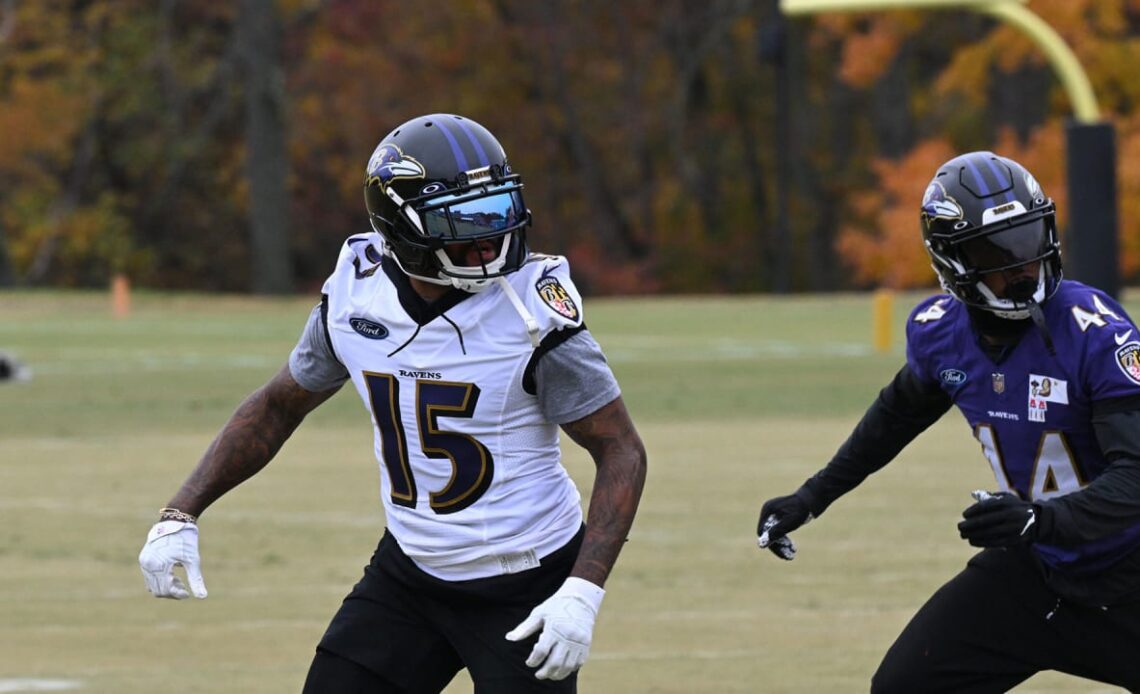 The veteran wide receiver has been elevated from the practice squad to face the New Orleans Saints, with the Ravens missing two leading playmakers in their passing attack. All-Pro tight end Mark Andrews (knee/shoulder) was ruled out on Sunday, while No. 1 wide receiver Rashod Bateman has been lost for the season with a Lisfranc foot injury.

Jackson hopes to provide the big-play ability that has been a trademark during his 14 seasons. He has averaged 17.6 yards per catch during his career, with 632 receptions for 11,110 yards and 58 touchdowns. After working overtime to get himself game-ready since he signed on Oct. 18, Jackson feels ready to provide a spark.

Baltimore’s passing attack could lean heavily on Devin Duvernay and rookie tight end Isaiah Likely against the Saints, but Jackson is an experienced player who has enjoyed huge games on the Monday night stage. In 16 career Monday Night Football games, Jackson has 1,228 receiving yards (77 per game) and seven touchdowns.

“I’ve been doing this a long time. If I wasn’t (ready), I wouldn’t be here,” Jackson said. “I enjoyed my time back home this offseason and training camp. (But I ) decided to jump back into it. Anytime I’m into something, I put my all into it.”