Seahawks Make Munich Home For 12s From Around The World 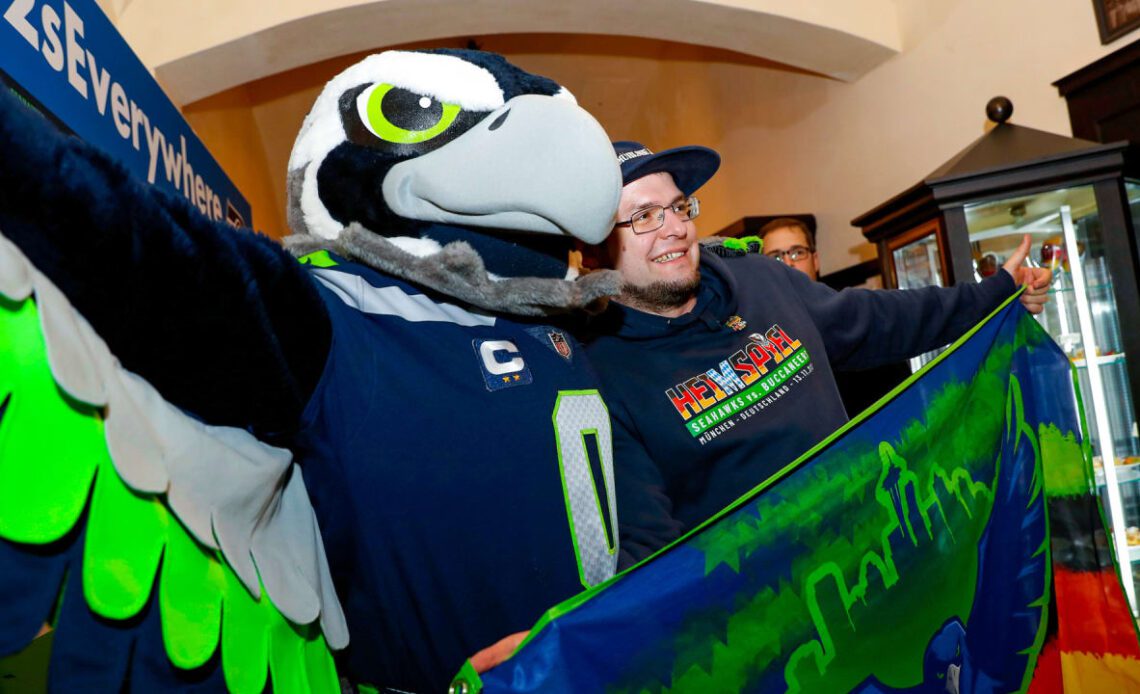 MUNICH—A bunch of Germans, a Scot, an American journalist, a stuffed owl and a handful of former NFL players walk into a bar…

No, this isn’t a setup for a joke; it’s just the type of thing that happens when the Seahawks travel overseas.

And on a Thursday night in Munich’s old town, Augustiner Stammhaus Restaurant and Beerhall is packed with Seahawks fans, as it will be all weekend as the official headquarters for 12s during the week.

As was the case when Seattle played in London four years ago, Seahawks fans are everywhere in Munich this week. Seahawk fans travel well every week, and plenty of the blue and action green-wearing folks around Munich did indeed make the trip from the Seattle area this week, but a big part of the Seahawks takeover here is the fact that the team has a huge fanbase in Germany, one that exploded last decade when NFL games first started being televised in Germany on ProSieben Maxx. As former German SeaHawkers president Maximilian Länge explained in London four years ago, because the Seahawks and Patriots were two of the top teams in the NFL last decade, a lot of their games ended up on TV, leading to both of those teams building a large following.

Länge is one of the Germans at Augustiner Stammhaus, as is Lukas Spiess, who replaced Länge as president of the German Seahawks, and several other German fans sitting together at a table that also includes Harry, who heads up the Scottish chapter of the UK Seahawkers, and for a while, a fan from Kenmore, Washington, who is eager to show off her German skills with some locals.

As for Frieda, the aforementioned stuffed owl, well, there’s a heartbreaking but beautiful story behind that, which can read in this outstanding piece in The Athletic by Michael-Shawn Dugar, the journalist who was at the table with the Germans and a Scot.

And while the growth of the Seahawks fanbase in Germany occurred pretty organically, it was a pretty major undertaking to make Munich feel like a home away from home for 12s in town for the game, one that started with members of the team’s marketing department making multiple trips to Munich in the months leading up to the game. This week, 10 or so staff members are in Munich to handle events around town that are happening away from what the team is doing.

Seahawks-centric touches at the Augustiner include rally towels, appearances by Blitz, DJ Supa Sam and various Seahawks Legends—Lofa Tatupu and Jordan Babineaux on Thursday, to name a couple—and live…