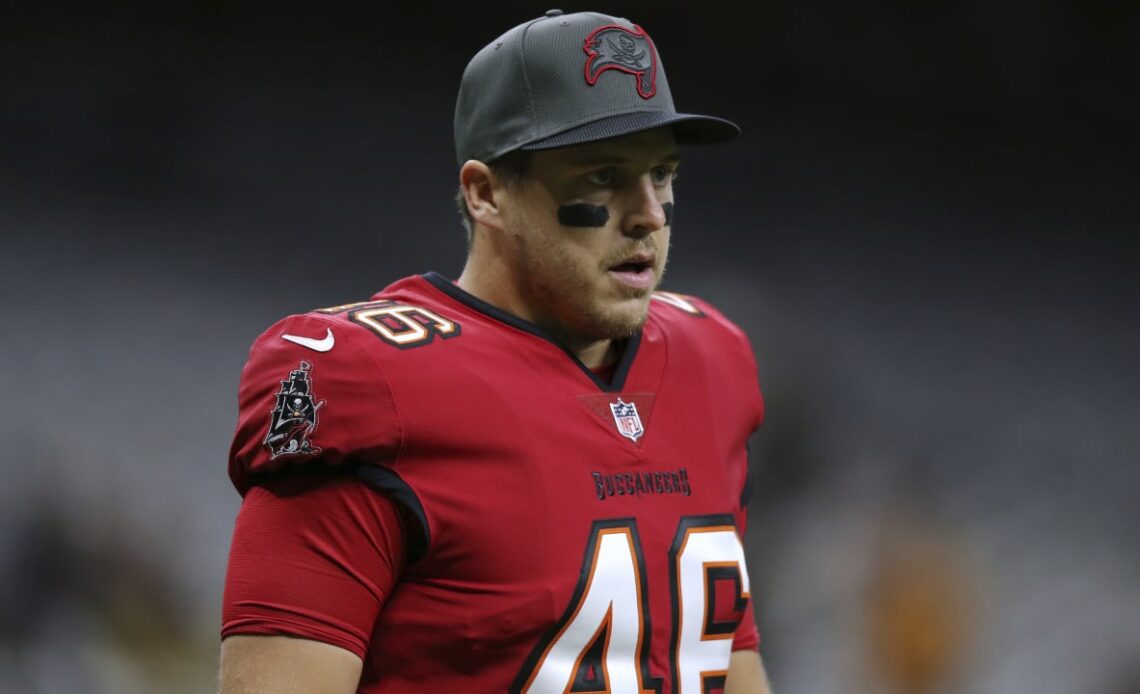 Seahawks defensive tackle Al Woods is a key factor in the team’s 6-3 start, tying a career-high of two sacks through 8 games. Currently in his third stint with the team, Woods has played for seven franchises since being selected by the New Orleans Saints in 2010. But he never played a game in the Crescent City, released by the team in the offseason. That November, Woods was signed to the Buccaneers active roster off the Pittsburgh Steelers’ practice squad. In 9 games, Woods posted 17 combined tackles and half a sack.

The Tampa Bay Buccaneers feature a trio of former Washington Huskies – tight end Cade Otton, linebacker Joe Tryon-Shoyinka and defensive tackle Vita Vea. The group played together as part of the Huskies’ 2018 Pac-12 Championship team. The Huskies were defeated by Ohio State 28-23 in the Rose Bowl.

Otton caught his first-career touchdown in Week 9’s 16-13 victory over the Los Angeles Rams. The score was dedicated to his late mother Sally, who was laid to rest in Otton’s hometown of Tumwater a week ago. The Bucs’ 2022 fourth-round selection was a 2020 First Team All-Pac 12 selection.

The Seahawks, meanwhile, have tight end Will Dissly, who played with Vea at Washington, and was even part of the same defensive line group before converting to tight end.