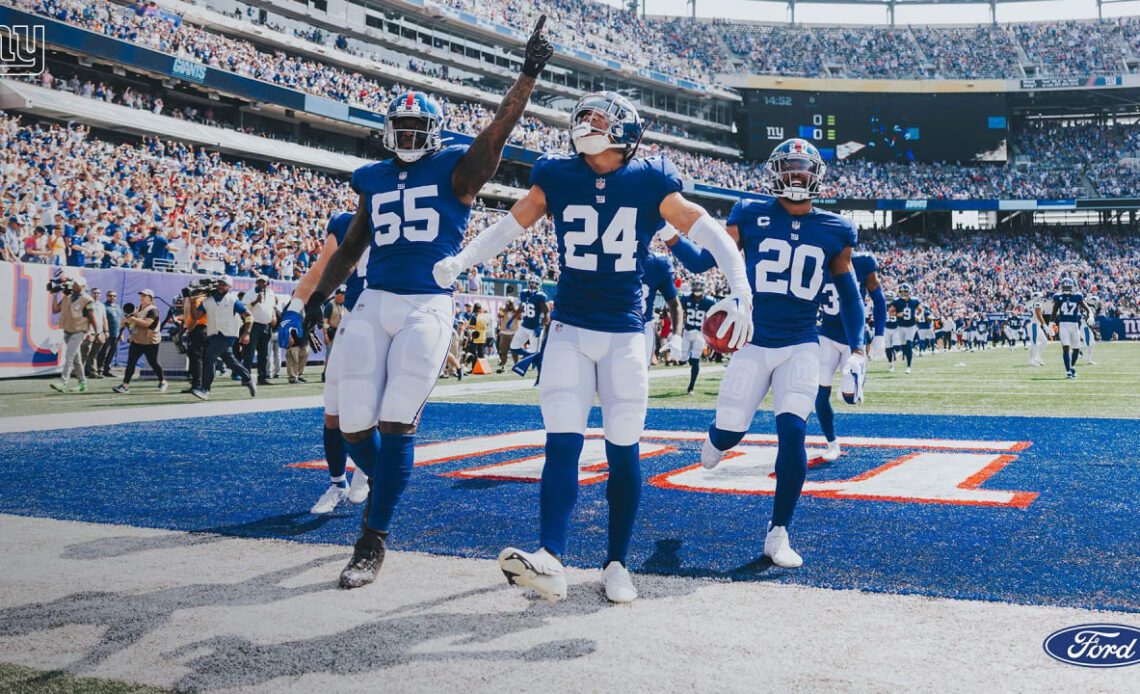 EAST RUTHERFORD, N.J. – In his four seasons with the Giants, Julian Love has been the team’s most versatile defensive player. He has lined up at safety, cornerback and even linebacker and performed at a high level at every one of them.

Love will add another duty tomorrow, when the 6-2 Giants host the 1-6-1 Houston Texans: play-caller.

Of course, defensive coordinator Wink Martindale calls the pressures and coverages deployed on each play. But with Xavier McKinney sidelined for at least four games after fracturing fingers on his left hand in an off-road accident in Cabo San Lucas last week, Love’s helmet has been affixed with a green dot, signaling he will relay Martindale’s calls to the players on the field.

“He’s perfect for the job, because of who he is and how he plays,” Martindale said. “He’s even keeled. Nothing’s too big for him. He’s played all over the place. He’s played dime. He’s played mike. He’s playing safety right now. When Dane (Belton) was out, we played him down there in the box. He knows the package inside and out. Don’t expect to miss a beat with him wearing the green dot.”

Nor does Love, who has experience calling the defensive plays in practice.

“I’ve had the mic since OTAs,” he said. “He (McKinney) has it on game day. I feel comfortable relaying the plays. it’s just communicating. It should be fun.”

“From a role perspective, it doesn’t change too much,” Love said. “We have some guys stepping up to fill in for his role and I’ll continue to do what I’ve been doing.”

Love’s skill, versatility and attitude exemplify what the Giants want in everyone who wears their uniform.

“It’s really valuable to have a smart, tough, dependable football player – which Dabs (head coach Brian Daboll) has talked about since day one,” Martindale said. “I have nothing but confidence in him that he’s going to be successful because he’s had a great week in practice.”

Rookie Dane Belton is expected to be McKinney’s primary replacement.

“He’s been doing a great job of learning and growing up to this point in the season,” Love said. “This will be an exciting time for him to show what he’s about in a bigger capacity.”

The same could be said about Love, a seemingly strange statement to make about a player who has participated in 100% of the defensive snaps in seven of the first eight games. He suffered a concussion against Chicago on Oct. 2 and was limited to 19 plays.

Love and McKinney gave the Giants playmaking, reliability, and leadership in the back of the defense….