Only ‘label’ Giants concerned about is winning 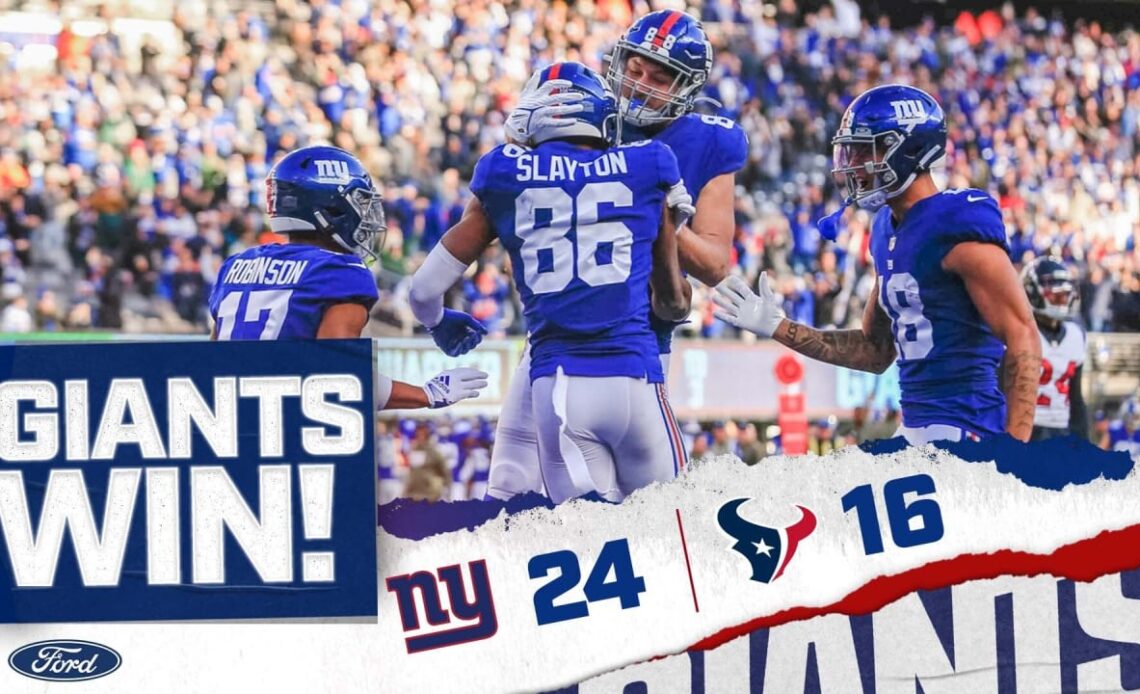 The plan Sunday, as it often is, was run Saquon run. Barkley finished with a career-high 35 carries for 152 yards, including a two-yard touchdown in the third quarter. He also caught an eight-yard pass.

The Giants frequently used one (Nick Gates) or three (Matt Peart, Jack Anderson and Gates) extra linemen to help control the line of scrimmage and create space for Barkley. Their time of possession was a healthy 33:20.

“It’s really fun, to be honest,” Barley said of his heavy workload. “At the end of the day, just want to a find a way to win games. Today, that was the mindset that we needed to get the job done and we were able to get it done.”

“The thing, I think, with him is (he) takes a lot of shots,” Daboll said. “So, we try to do the best job we can – the medical staff, the sports science – of practicing him the right way. And this week, he was fresh. So, he had a really good week of practice. We were handing him the ball at the 20 (yard line) and he was running the ball to the end zone, 80 yards, and then coming back and doing it again. So, I thought that the stuff he did during the week carried over. Obviously, he’s having a good season for us. He had a good day.”

So did Jones, who completed 13 of 17 passes for 197 yards, including touchdowns of nine yards to Cager in the first quarter and 54 yards to Darius Slayton in the third. His rating of 153.3 was significantly higher than the 132.1 he posted at Washington on Dec. 22, 2019. Jones has thrown 145 consecutive passes without an interception.

Afterward, Jones preferred to discuss the entire offense than his own exploits.

“I think the guys up front did a great job controlling the line of scrimmage all game,” Jones said. “I thought we had a good plan in the run game coming in and those guys did a good executing. Saquon (Barkley) obviously did a great job running it. (Running back Matt) Breida did a great job when he got in there, too.”

The Giants never trailed. Cager, who joined the practice squad on Oct. 18 and was elevated to the gameday roster for the second time, gave the Giants a 7-0 lead on their first offensive possession. A 38-yard field goal by Houston’s Ka’imi Fairbairn cut the Giants halftime lead to four points.

On the fifth play of the second half, Jones was leveled by defensive end Mario Addison, but managed to throw the ball to Slayton, who evaded a tackle attempt by rookie Jalen Pitre and turned a short pass into the Giants’…