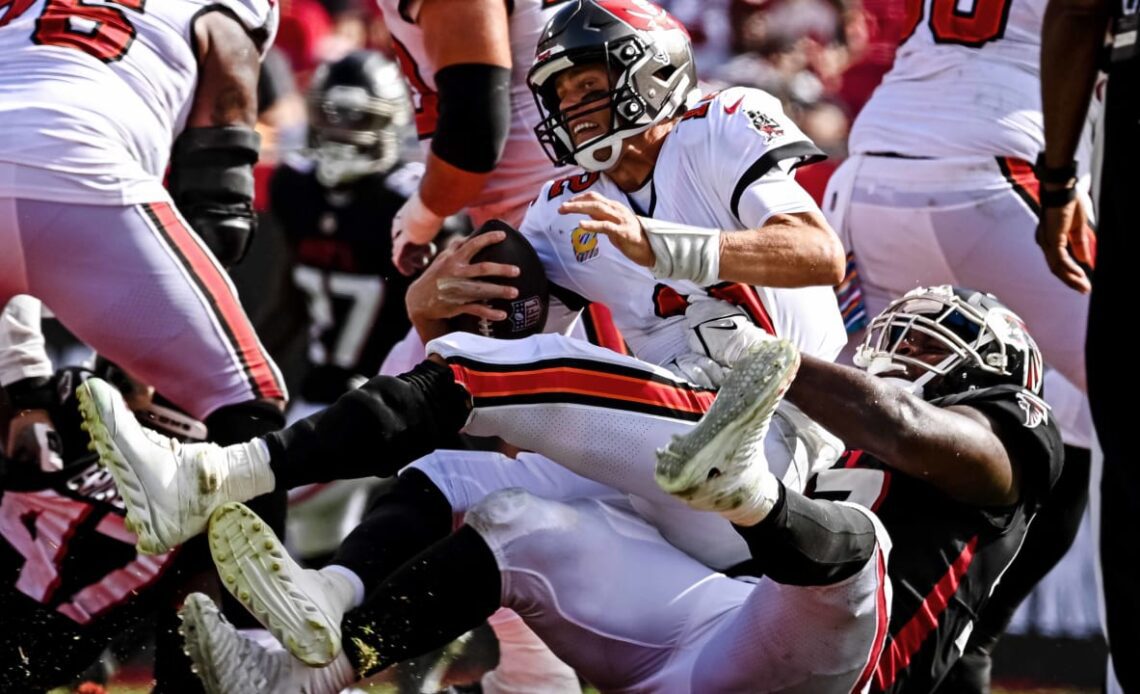 The Falcons have the weekend off after playing on Thursday night. That game didn’t go well, resulting in a 25-15 loss to the Carolina Panthers at Bank of America Stadium.

The Falcons are now two games under .500 and, depending on how the remaining Week 10 slate goes, they could move back in the pack in the division and conference.

As we said in the Falcons Final Whistle podcast, fans should be focused on stacking wins over standings. There are seven games remaining this season, with plenty of opportunity to end up in a good position without having to scoreboard watch. Not that much, anyway.

There are certainly games of interest to Falcons fans on Sunday. Here are the top three to keep an eye on, including that you watch with your first cup of coffee:

Seattle vs. Tampa Bay in Munich

Where to watch: NFL Network

Why it’s important: The Falcons are currently a half-game off the pace in the NFC South. If Tampa Bay loses to the Seahawks, which is possible considering how well Seattle is playing these days, the division will come back to the Falcons. A negative result for Tampa Bay would put the Bucs and Falcons into a virtual tie atop the division, even a 4-6. The NFC South jokes would crank back up again, but it’d be worth being a punchline if the team isn’t as dependent on Tampa Bay faltering in the future. The Bucs’ schedule isn’t too tough, and Seattle is certainly capable of taking this one.

Why it’s important: It’s not hard for Falcons fans to root against the rival Saints. It comes naturally after all these years battling each other, and this one’s important. A Saints win over a downtrodden Steelers team would push them to a 4-6 record equal to the Falcons. Atlanta would fall into below New Orleans after losing to them in Week 1, though a tiebreaker with them ultimately will be settled down the road. Pittsburgh seems to be getting TJ Watt back on Sunday, and he’s a one-man wrecking crew who could make the Saints’ offense miserable. New Orleans’ defense has struggled at times, and Falcons fans would hope for another bad day at the office against the Steelers.

Why it’s important: It’s waaaaaaaaaay too early to look at wild card standings, but the 49ers are the NFC’s No. 7 seed right now, with the Falcons in the ninth spot. Washington is a game up in the No. 8 spot, but the Falcons play them in two weeks and will have a chance to get ahead of the Commanders with a win against them. They’ve already played the…