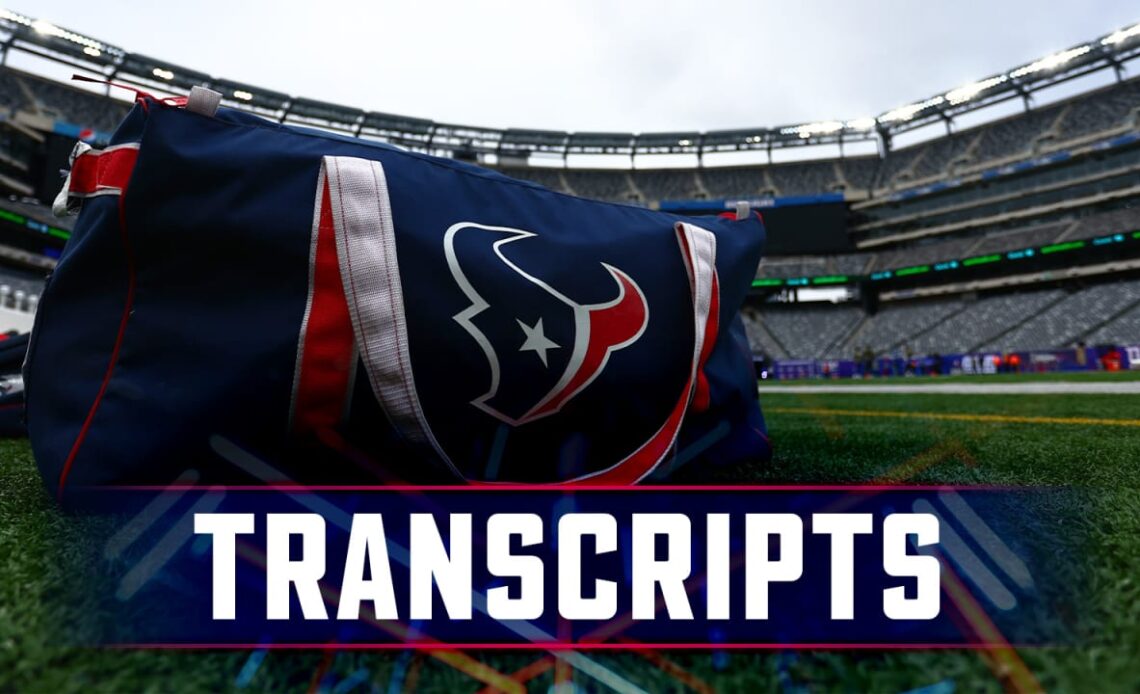 “Wednesday practice, of course it’s needed. Padded practice, all those things that go into – we’re officially in the second half of the season game-wise. Learned an awful lot. Know the things we need to improve upon. Another good opponent coming in. Washington looked pretty good on Monday night against at the time the only undefeated team we have in our league. Defensively, impressive up front. Of course, if Chase Young plays, it’ll give them even more. Offensively, what (Brian) Robinson has been able to do, (Taylor) Heinicke has been able to do. They have a commitment to their brand of football, which is definitely working. It’s a big challenge for us. Offensively, some things we did in the last game, we can just get that taken care of. The hard part should be getting down into the red zone, now being able to get a touchdown when we get there. We played the run a little bit better this past week, we’ll need to do it this week also.”

What will RB Eno Benjamin bring to the table and was he out there today?

“No, he’ll be out there tomorrow. As far as improving our roster, whenever we have a chance, we’re constantly looking to improve our roster. When players become available that we think that can help us, and that’s the case with Eno (Benjamin) – go back all the way to high school, recruited him then. I think he’s started a few games for the Cardinals this year. Good football player added to the mix.”

You recruited RB Eno Benjamin while he was in high school?

“I recruited a lot of guys. That term recruiting, when you really have a chance, it’s not like he visited us or anything. Went to Arizona State and had a great career there.”

Any story about RB Eno Benjamin you can share?

“No, that’s a long time ago. He was on our recruiting list, and we had a little bit of a conversation as I recall. The older I get in these years, I kind of forget an awful lot, but I haven’t forgotten that much about him. He was a good player in high school, good player…