Browns ready for whatever comes with Buffalo snowstorm 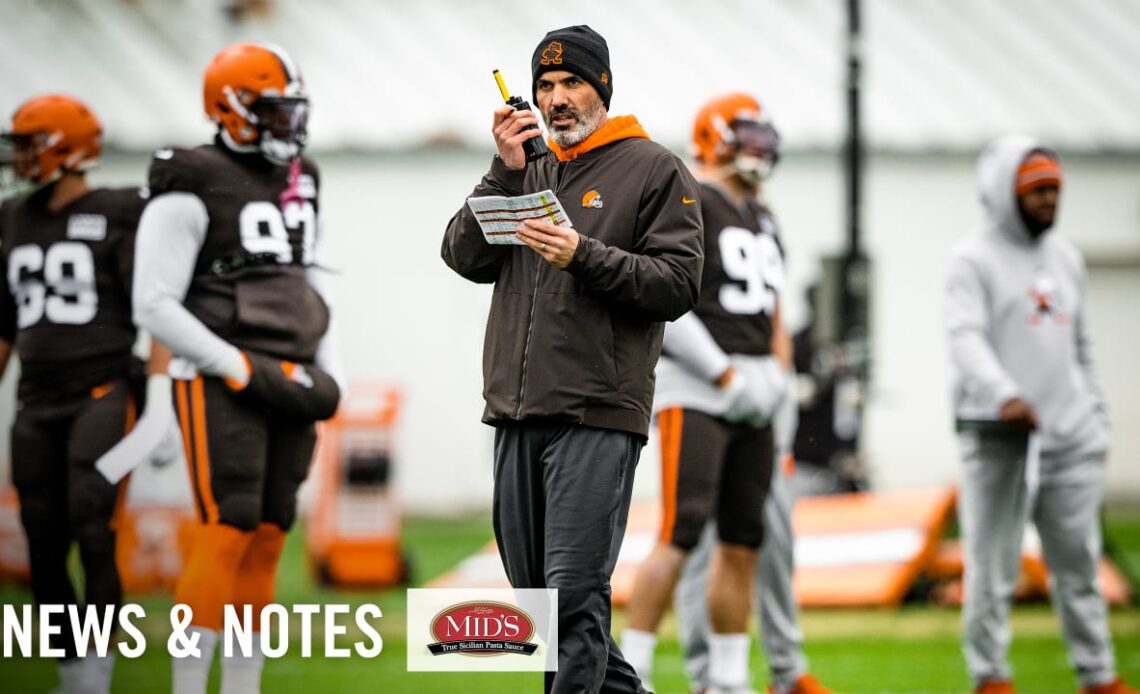 The list of possible scenarios the Browns face for their game setting Sunday in Buffalo (or another NFL stadium) is quite long.

With a potentially historic amount of snowfall set to blanket the Buffalo region throughout the weekend and as much as 4-6 feet of snow expected around the city, the NFL and Browns are working on plans for how and where the game will be played. As of now, it’s business as usual for the Browns, who are set to depart for Buffalo on Saturday but could see those plans change depending on the forecast.

The preferred option, of course, is to play in Buffalo on Sunday at 1 p.m. But snow is expected to begin in the city Thursday night, per weather.com, and will likely last through at least Saturday night or Sunday morning.

Will the Browns be able to land in Buffalo this weekend? Would the Bills be able to depart Buffalo through the snow if the game is moved elsewhere? If the game takes place in Buffalo, how will both teams be able to safely transport players, coaching staff and team personnel to Highmark Stadium?

Those answers will come soon, but head coach Kevin Stefanski will let the league and Browns travel staff find those solutions.

“I’m sure it could,” Stefanski said Wednesday when asked if the plans could change. “I’m sure some people are having some conversations about that. I’m not in that circle right now. They will fill me in on a need to know. For us, we just have to focus on our preparation. If something changes, we will tell the players and we will tell you guys.”

The Browns, for the most part, will welcome a snow game — if it happens.

The powder could serve as an equalizer of sorts for both teams and would likely require each of them to turn to their run game more frequently to use the ball. Rushing is the most efficient way to move the ball through snow, and the Browns would certainly benefit from that type of plan with RB Nick Chubb. Cleveland has the fifth-best run game in the league. Buffalo is ranked 10th.