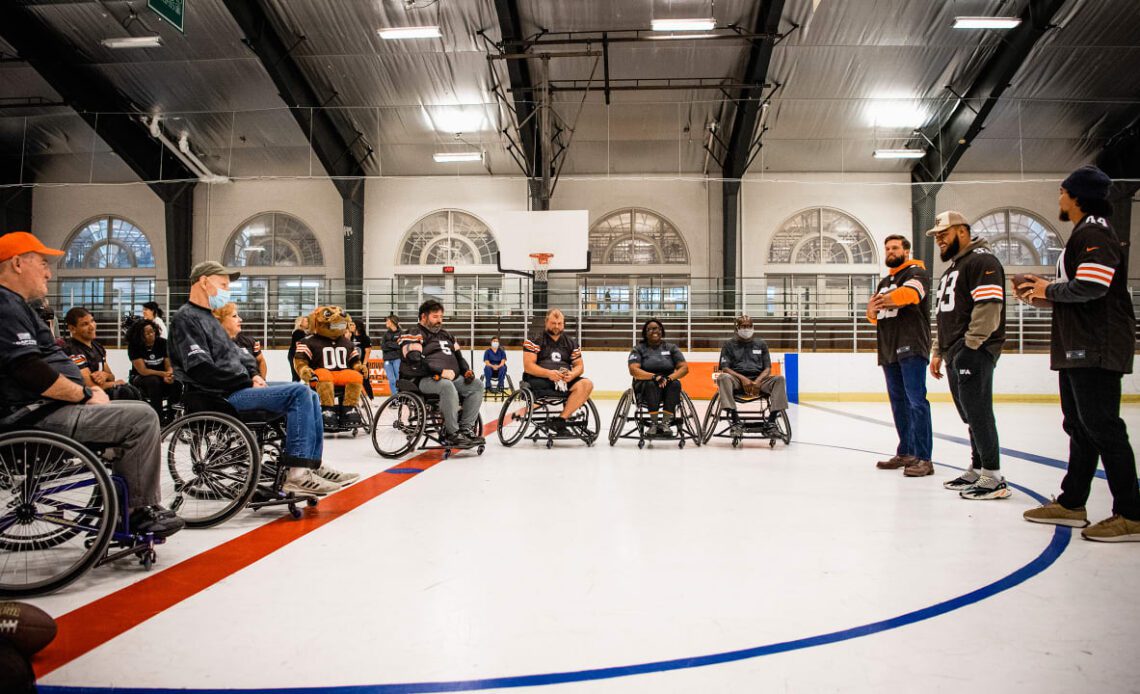 The Browns on Tuesday welcomed veterans and athletes from Adaptive Sports Ohio for a wheelchair flag football clinic at Cleveland Heights Community Center.

Browns players Sione Takitaki, Tommy Togiai and Chase Winovich joined the athletes for a variety of drills built to prepare them for a scrimmage at the end of the clinic. The players also all did a Q&A session with the athletes to answer anything they had about their football journeys and what life in the NFL is like.

The event was built behind the Browns’ efforts to support veterans during the “Salute to Service” initiative throughout November.

“Especially with my grandpa being from a military background — as well as his brothers — it’s an honor for me to get to know these people,” Togiai said. “It’s a big deal for me to be able to come back and get back and talk to the people and get to know them a little bit.”

Drills included zipping through routes on the wheelchairs and catching passes from the players, as well as practicing throws while sitting down and getting comfortable with maneuvering the chair.

Veterans from various military branches joined participants — some of whom were also veterans — who were already a part of the Adaptive Football League. Players were recruited to attend through Adaptive Sports Ohio and the Louis Stokes Cleveland VA Medical Center.

Jonathon Stone, who served in the Marine Corps, was one of the participants who will never forget the experience of practicing the game with Browns players assisting and watching with a smile.

“It means a lot that they showed up,” Stone said. “It means even more that they were engaged with us and they were talking with us. They were interested in our lives, and it’s really great that they were able to do this for us. We really appreciate it.”

Adaptive Sports Ohio is connected to the NFL: The USA Wheelchair Football League is a program of Move United, a nonprofit organization that uses the power of sport to push what’s possible for people with…