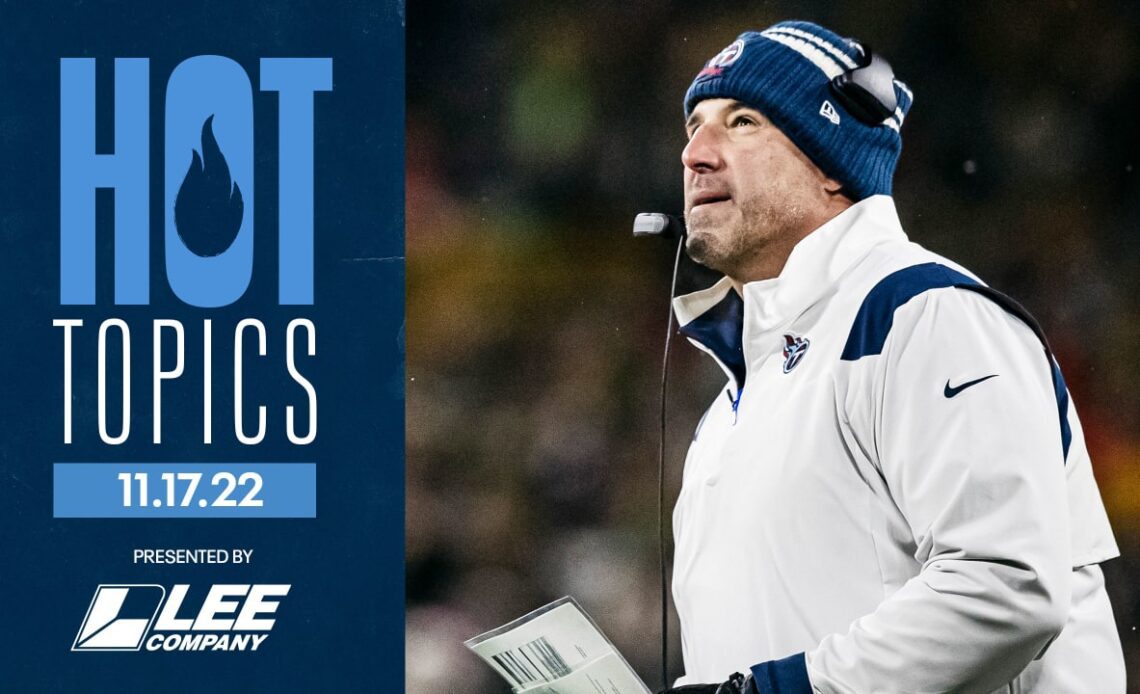 NASHVILLE – Titans Coach Mike Vrabel held a press conference via zoom on Friday from Ascension Saint Thomas Sports Park, one day after his team’s 27-17 win over the Green Bay Packers.

Here’s a look at the hot topics from today’s call:

-Vrabel spent the first eight minutes of the call speaking on offensive coordinator Todd Downing being charged with driving under the influence and speeding early Friday morning.

Vrabel said he couldn’t answer specific questions about the incident “out of respect to the legal process, and the process that the league has.”

“I will say, however, that we all have a great responsibility as members of this community, and as coaches and players of this organization, as fathers and husbands and teammates, to make great decisions,” said Vrabel, “and we understand that.

“… It’s something that we are going to take very seriously. We are going to gather all the information that we can, figure out what the next step is, and do our best to move forward.”

-Vrabel said defensive lineman Denico Autry will likely miss time with the knee injury he suffered on Thursday night against the Packers.

But Vrabel said the team feels fortunate the injury isn’t a long-term injury.

-Vrabel said he was encouraged by the team’s receiving corps against the Packers, especially by rookie Treylon Burks and his performance.

Burks had seven catches for 111 yards in the game, including a 51-yarder. Robert Woods had six catches for 69 yards,…