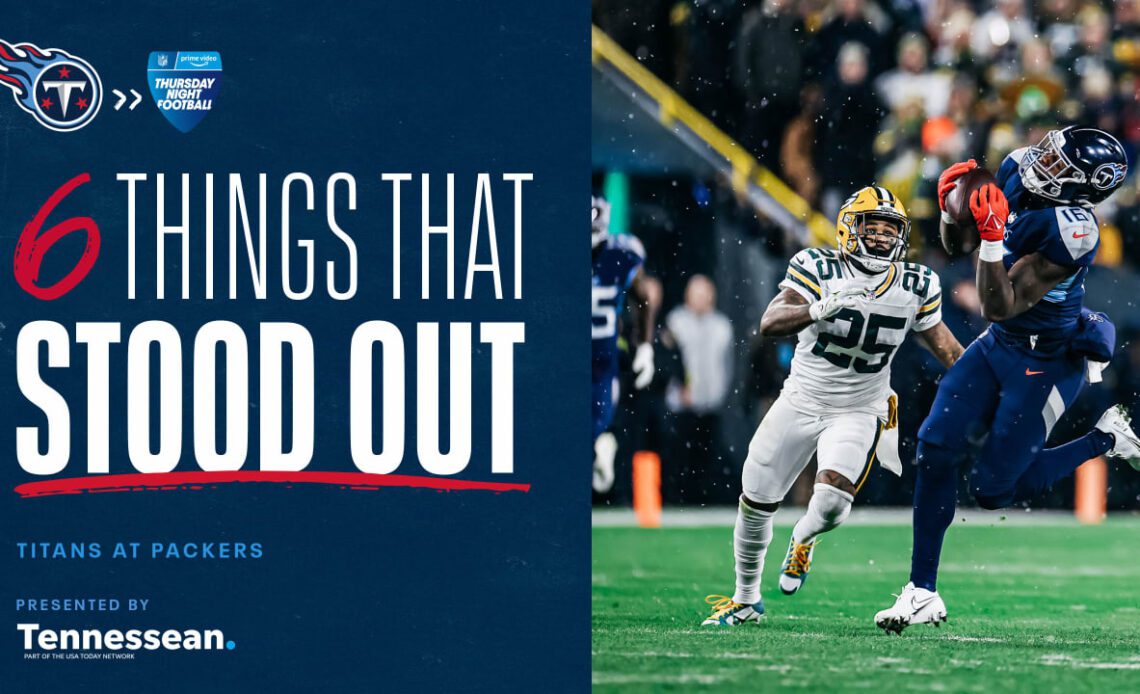 Here’s a look at six things that stood out from the contest:

Rookie receiver Treylon Burks had a breakout game. Burks was targeted eight times in the contest, and he caught seven of the throws. It all added up to 111 receiving yards for Burks, who caught a 51-yarder at the end. It was just the second game back for Burks after coming off Injured Reserve. “I just had to answer the call when my name was called, and make plays,” Burks said. “I’m glad I could be there for the team.”

Titans running back Derrick Henry had an all-around big night. Henry ran for 87 yards, which put him over 1,000 yards for the season. Henry caught passes, including one on a screen that went for 42 yards. Henry even threw a touchdown pass – a jump-pass to tight end Austin Hooper. Henry was especially proud of that one. “I call myself a young Peyton Manning,” Henry said with a smile. “It felt good, and I’m happy Hoop caught it.”