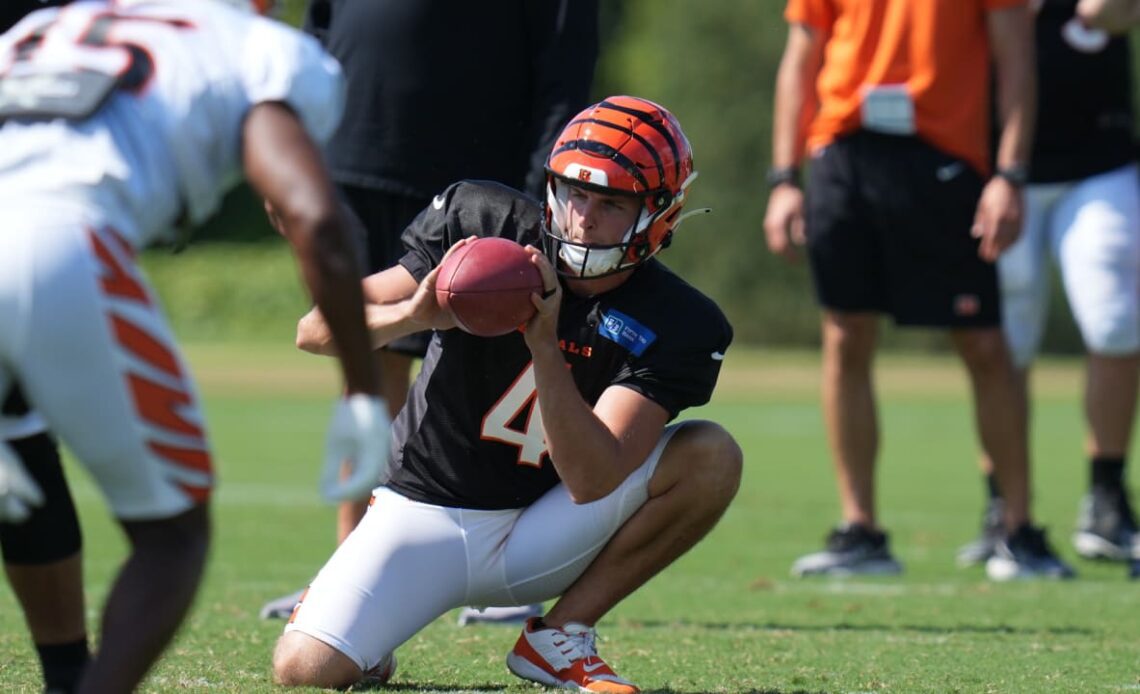 It looks like the Bengals were poised to make a little history Saturday when they elevated punter Drue Chrisman from the practice squad for Sunday’s game (4:25 p.m.-Cincinnati’s Local 12) in Pittsburgh.

That puts Chrisman on track to make his NFL debut at Acrisure Stadium that would end Bengals all-time punting leader Kevin Huber’s streak of 138 straight games. Huber, 37, who holds the club record with 216 games played, has struggled after fending off Chrisman in a training camp battle. Huber, a former Pro Bowler, has been philosophical about a season that finds him next-to-last in NFL net punting.

After Thursday’s practice he waxed nostalgically about the first game he played in Pittsburgh when he was a huge factor in the War of 18-12 win in 2009 that featured only one touchdown on Bernard Scott’s kick return in a special teams special.  On the Bengals’ last play of the third quarter, after his first punt was erased for delay of game, Huber drilled an even better punt out of his own end zone to midfield, defying special teams coordinator Darrin Simmons’ concerns of re-kicks.

“It’s no secret to anybody. I haven’t punted well in a game. I haven’t been transferring over what I’ve been doing in practice and pregame to the game,” Huber said earlier this week. “So, when I talk to people, practice and pregame is like I’m a driving game scratch golfer. Then I get in the game and I’m trying to tee off No. 1 at Augusta as a 20 handicap. It’s just a little disconnect right now between practice and the game and it’s been tough. It hasn’t been a great year so far. It’s just something I’ve been trying to work with.”