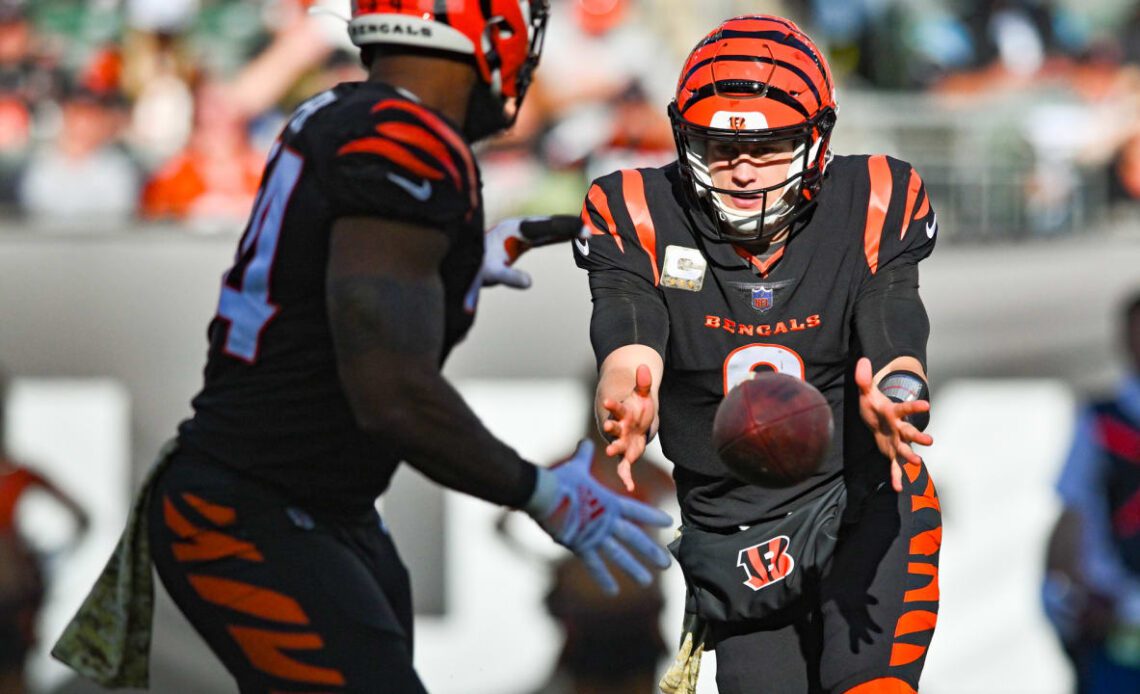 The 5-4 Bengals have won five of their last seven and are coming off their most complete game of the season complete with a bye. The Steelers are 3-6 and are in the throes of transition with rookie quarterback Kenny Pickett. While Bengals quarterback Joe Burrow is top five in most major categories, Pickett is the lowest-rated passer in the league for an offense that doesn’t have a touchdown play longer than eight yards.

But a trip to Pittsburgh is never comfortable. In three of their losses, the Bengals struggled against top pass rushers in Dallas and Cleveland and not to mention Pittsburgh at Paycor and here comes that Steelers tandem of Defensive Player of the Year T.J. Watt and Alex Highsmith, on pace for a 17-sack season. They combined for four of the seven sacks of Burrow and if there’s ever been a road game the Bengals have to get ahead, this is it. The Steelers are coming off their highest back-to-back rushing totals in eight years and their first 200-yard rush game in six years. In four of the Bengals’ five wins they famously scored touchdowns on their first drives and never trailed in three of them.

Still, there are numbers suggesting why the Bengals are favored to carry the day.

The last dozen times they went into the red zone in the last four games trying to score, they came up with touchdowns (eight rushing, four passing) and are fourth in red-zone touchdown percentage while the Steelers defense is sixth. But Pittsburgh has a tough time scoring. They’re 28th in the red zone, 31st everywhere and have yet to score 20 points in regulation while the Bengals are averaging 30 in the last three games.

Keep an eye on Bengals slot cornerback Mike Hilton and not just because he’s playing against his old team with a soft splint on his mangled finger. A terrific blitzer, Hilton and the versatile Bengals defense figure to challenge Pickett with a bunch of looks. According to Next Gen Stats, the Bengals pass defense is second best playing with pressure, allowing a…