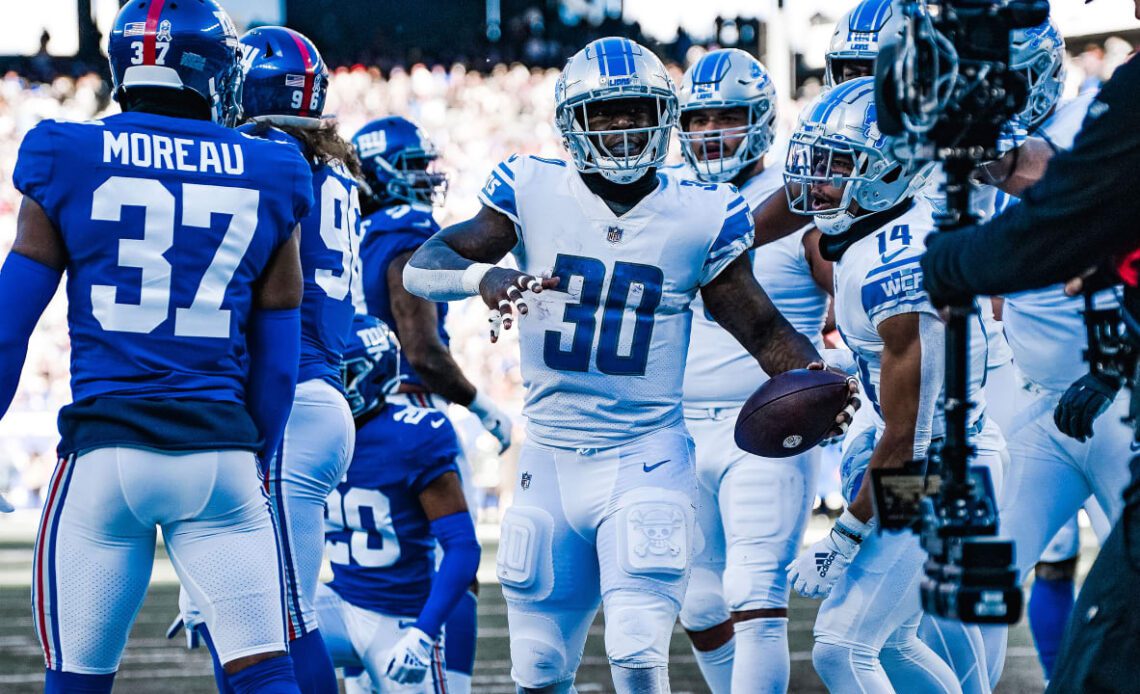 Rookie safety Kerby Joseph feels like the football is finding him, not the other way around.

The Lions’ third-round pick out of Illinois recorded his third interception of the season in the third quarter at the Lions’ 21-yard line on a critical 4th and 5 play as New York tried to mount a second-half comeback.

Joseph’s interception was one of three takeaways on the afternoon for the Lions. Fellow rookie Aidan Hutchinson got his second interception of the season on a terrific play where he dropped into coverage. Hutchinson also recovered a fumble caused by cornerback Will Harris to help ice the game for Detroit in the fourth quarter.

That’s now seven takeaways for the Lions during their current three-game win streak, and six of them belong to Hutchinson and Joseph.

“I feel like it’s everything AG (defensive coordinator Aaron Glenn) preaches about,” Joseph said. “The key to a good defense is turnovers. I felt like this was a great team win on both sides of the ball.”

Joseph said turnovers can be contagious, and once one guy gets them on defense everyone starts to want them.

“When you see your boys making plays, it’s like, ‘Yeah, I want to make a play too,'” he said. “It just helps you keep going.”

The Lions have to feel good about where these two young rookies are at in their development 10 games into their NFL careers. Both Hutchinson and Joseph have become legitimate playmakers for this defense. That bodes well for now and the future.