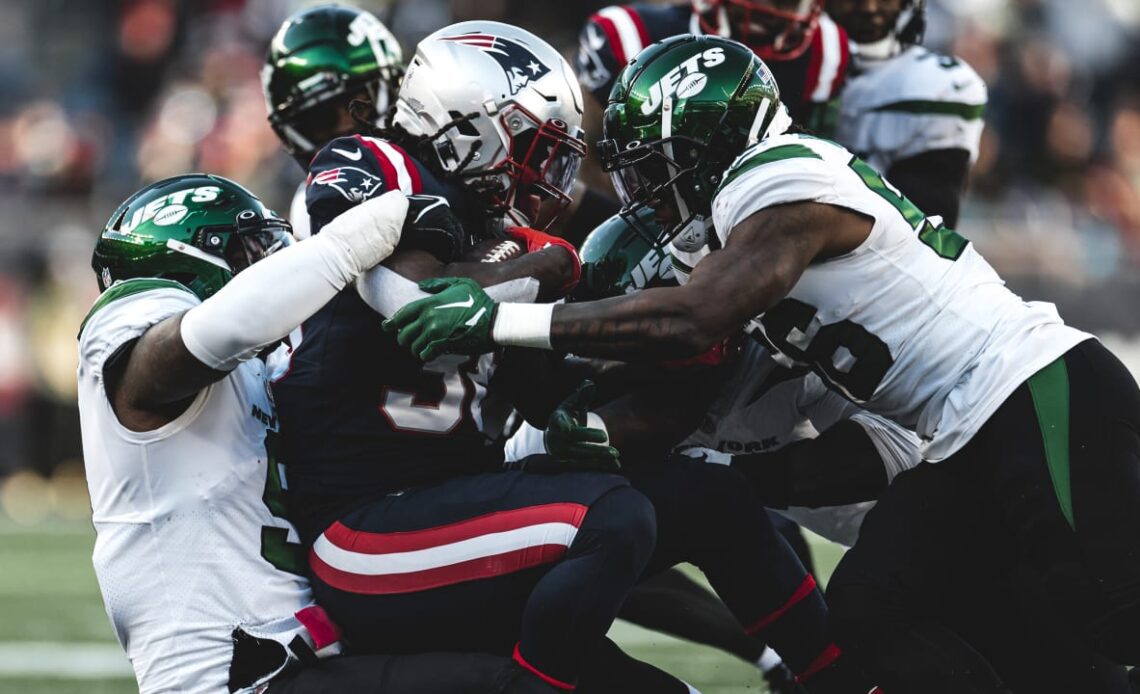 The Jets had a big battle this past week with the red, white and blue elephants in the room, the losing streaks to the Patriots. But despite being reminded of them constantly from outside One Jets Drive, they were determined to continue their magical season in their annual trek up to Foxboro, MA, to play the Patriots.

The game was a strange one all the way through with wind gusts up to 40 mph affecting how each team played on offense, defense and special teams.

And it came down to one fatefully bad special teams play that did the Jets in against the Patriots once again. Braden Mann’s last-minute punt was returned 84 yards by New England rookie returner Marcus Jones for the game’s only touchdown with five seconds left in regulation. And the Patriots prevailed for the 14th straight time over the Jets, 10-3.

With the loss, the Jets slipped to 6-4, still very much in the thick of things for what they want to do this season. But once again they suffered a difficult one-score loss to the now 6-4 Patriots and fell from second place to fourth by a tiebreaker criterion or two behind the Patriots, who improved to 6-4.

Bitter Ending to a Breezy Day
Besides the special teams that yielded its first punt-return TD on the road since 2015, the Jets offense struggled the most. They managed 103 total yards and six first downs and Zach Wilson completed nine of 22 passes for 77 yards. He didn’t turn the ball over but was sacked four times, all in the second half.

The Jets defense, meanwhile, sacked Mac Jones six more times to match their six takedowns of the Pats’ second-year signal-caller three weeks ago at MetLife Stadium. New England gained 297 yards and were held to 13 first downs. But their 35:30 of possession time and increasingly better field position plus a little rookie return magic did the trick.

After a 3-3 first half, the third quarter was a contradiction. The Patriots led the Jets in total yards by 111 yards to 1 yard. But while Wilson and the Jets’ rushing and passing games…