Over 55,000 fans turned out to see Penn State at Rutgers 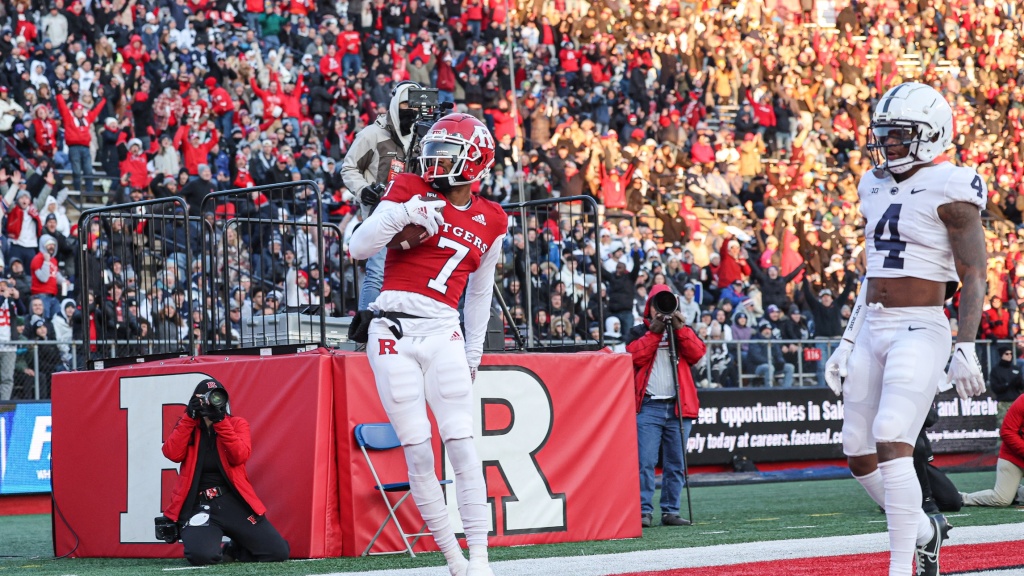 PISCATAWAY, N.J. — Adam Korsak wasn’t the only one setting records for Rutgers football on Saturday night.

According to athletic communications, Saturday was the highest attendance in Rutgers program history, bettering the 2014 game against Penn State that had been the standard bearer for the program. An announced crowd of 55,676 watched No. 11 Penn State at Rutgers.

In addition, this game marked three sellouts in a single season. Another best-for Rutgers since the stadium’s expansion in 2009.

And the average attendance at SHI Stadium was another best for Rutgers football. With the loss on Saturday, Rutgers is now 4-7 (1-7 Big Ten).

Rutgers was 2-4 at home on the season. The Scarlet Knights were 1-4 in Big Ten play at home:

“I thought our fans were outstanding this year for Rutgers. I thought that we had tremendous turnout. Our students today were just off the chain. It was excellent,” Rutgers head coach Greg Schiano said