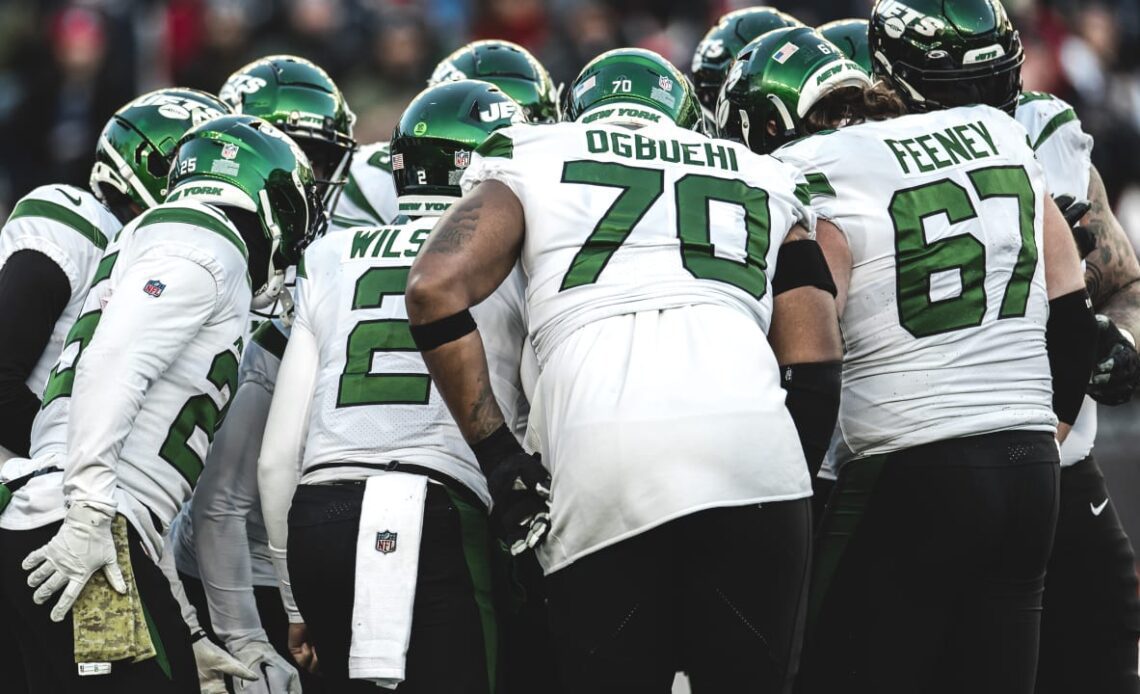 One Mistake
Leading up to Sunday’s Week 11 matchup in Foxborough, HC Robert Saleh said that the Jets would have to do the little things right to win. Despite the offense struggling, the Jets did not make a mistake for more than 59 minutes. But with 26 seconds remaining, Braden Mann punted to Patriots returner Marcus Jones, who scored the game’s first touchdown on an 84-yard return.

“They’ve got one of the better units through time,” Saleh said. “You make one mistake and they’ll make you pay. We made one mistake on the punt and we couldn’t get him down.”

He added: “I thought Braden did a really nice job punting the ball today. He hung one in the middle and that’s about it.”

Special teams ace Justin Hardee, who had 2 tackles, said about the return: “It wasn’t up to my standard, it wasn’t up to the Jets standard. I put it on me. I’ll go and work harder, get in the film room more, do whatever I can to make this team better, our special teams group better.”