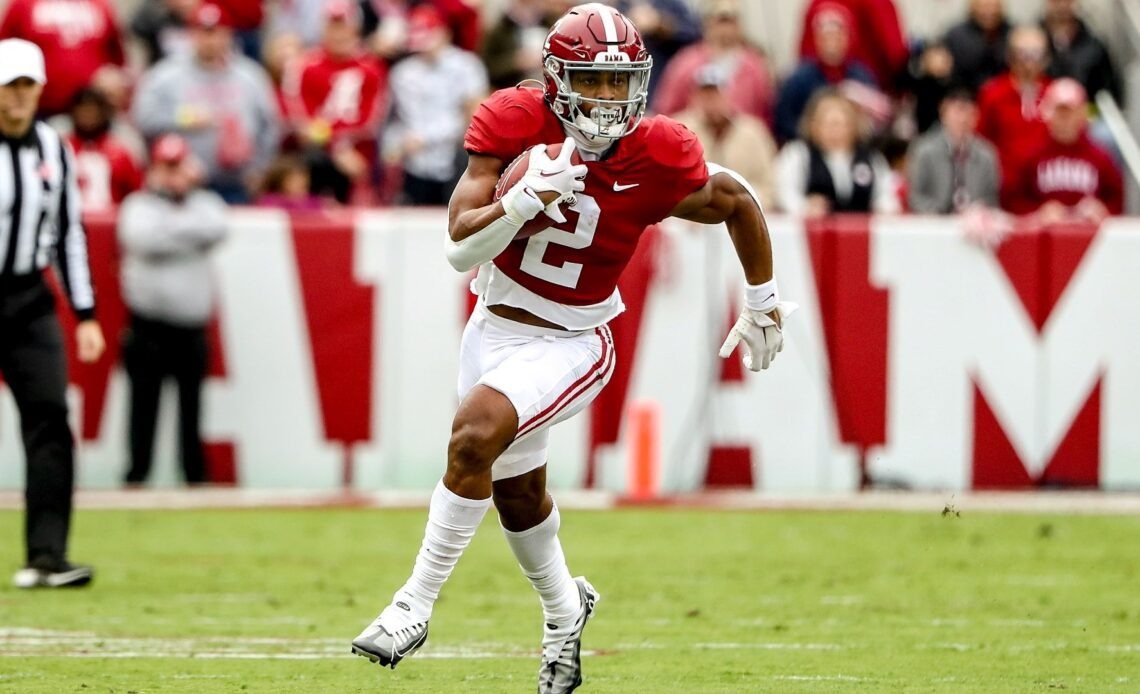 TUSCALOOSA, Ala. – The Alabama coaching staff selected nine players of the week following the Crimson Tide’s shutout win over Austin Peay last Saturday. Jermaine Burton, Jase McClellan and Seth McLaughlin on offense; Will Anderson Jr., Brian Branch, DeMarcco Hellams and Henry To’oTo’o on defense; and Christian Leary and Quandarrius Robinson on special teams were all selected for their efforts in the Tide’s non-conference win.

Get all the latest information on the team by following @AlabamaFTBL on Twitter and Facebook and AlabamaFBL on Instagram. General athletic news can also be found at UA_Athletics on…