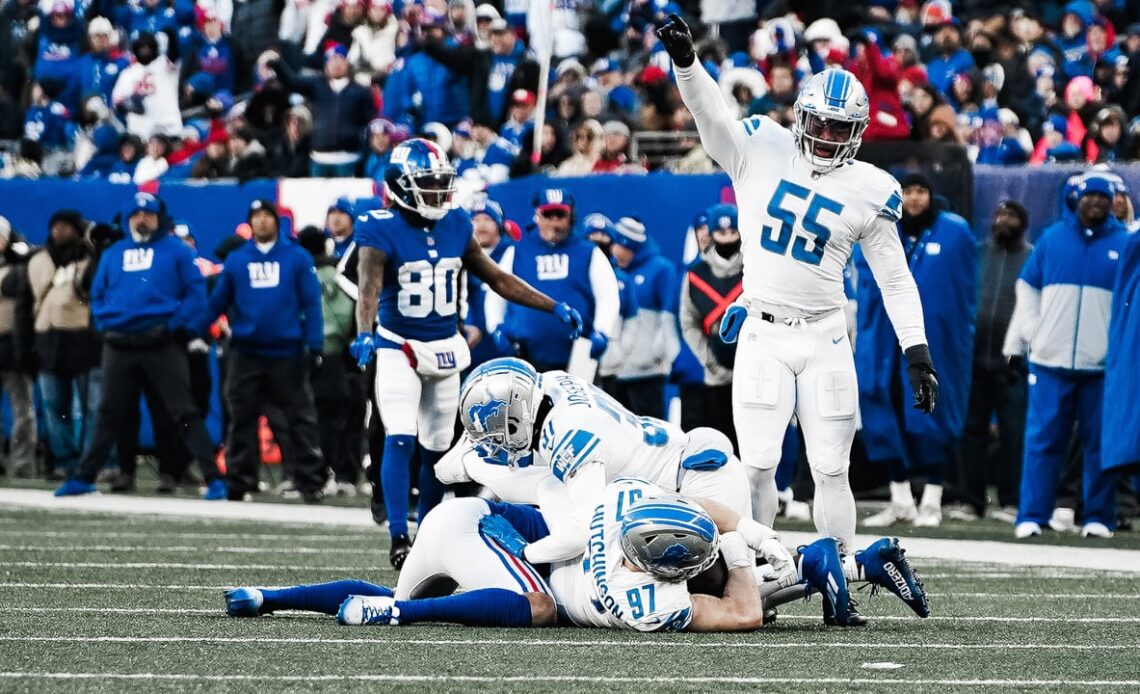 The holiday season hasn’t officially begun, but the Detroit Lions are celebrating in style.

Their wish lists have become weekly realities – winning football games a week at a time.

They made it three in a row Sunday with a 31-18 road win over the New York Giants that made their won-loss record 4-6.

This was the most impressive performance by the Lions coming after previous wins in the streak over the Packers and Bears. It was a quality win over a team that went into the game with a 7-2 won-loss record.

The victory was no fluke. The Lions were clearly the better team – stronger up front on offense and defense, and more resourceful in getting turnovers that stopped drives by the Giants and were turned into points.

“I thought everybody did a hell of a job,” head coach Dan Campbell said in a postgame interview with 97.1 The Ticket. “We’re playing better defensively, and we’re getting turnovers.”

The Lions begin the holiday season for real on Thursday with the traditional Thanksgiving Day game against the Buffalo Bills at Ford Field.

In an ironic twist, the Bills beat the Browns 31-23 Sunday in a game that was moved from Buffalo’s home stadium to Ford Field because of a snow storm that made playing the game in Buffalo impossible.

This week’s Monday Countdown looks at how the Lions have been able to handle everything, good and bad, that comes their way. There’s a look at how they dominated on both sides of the ball, what turnovers meant in the game, and how the Lions shut down Giants star running back Saquon Barkley while controlling the game with their own running game.

There are also takeaways on offense, defense and special teams, what’s trending and the bottom line.