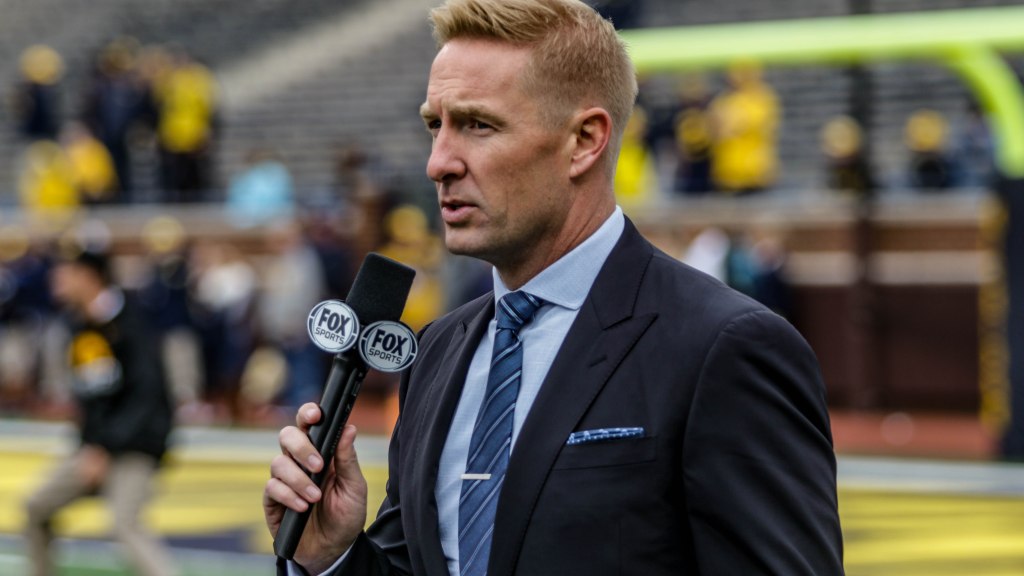 The big week is here, The Game, with both Michigan football and Ohio State entering Week 13 undefeated. However, there are big questions entering the contest that didn’t exist a week ago.

Both the Wolverines and Buckeyes struggled this past week, but the maize and blue lost star running back, Blake Corum, for the bulk of the second half. The Michigan offense struggled, but still figured out a way to win against the Illini in Week 12.

OSU has some injury issues of its own, but it appears to have figured out some stop-gaps in the meantime.

The man calling The Game, Fox Sports’ premier analyst, Joel Klatt, previewed the matchup on his podcast on Monday. Here’s everything he had to say.

“Second time in the history of this historic rivalry, that we’re gonna get these two teams that at least 11-0 to face off,” Klatt said. “The other one was in 2006. To say that I’m excited about this, like — I was pacing around the room watching Michigan early in the day, and I was pacing around our truck and our compound and then the booth in the Rose Bowl watching Ohio State in Maryland. That was way too close for both of those teams. And you know, I’ll talk about it later but it’s just the nature of trying to go through a season, a nine-game conference schedule, where you don’t have one of those nonconference games late. If this is the nature of it, you’re gonna get beat up, and at some point, find yourself with your back against the wall, and you’ve got to find a way to win. Both of them did that.