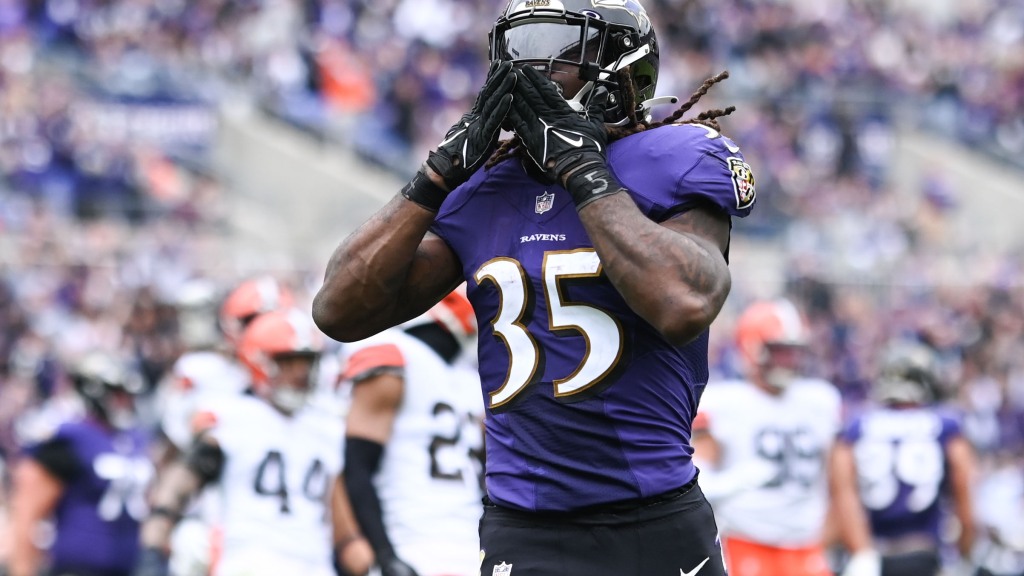 The Baltimore Ravens defeated the Carolina Panthers by the final score of 13-3 in Week 11, moving their record to 8-3 on the year and extending their winning streak to five games. While the offense sputtered for most of the contest, the defense played well throughout, although one key player from each side left the contest early in offensive tackle Ronnie Stanley and safety Kyle Hamilton.

Two players who missed the contest altogether were running back Gus Edwards and wide receiver DeSean Jackson. Baltimore head coach John Harbaugh was asked about both players during his Monday press conference, and when talking about Edwards seemed optimistic that he’d be ready for Week 12.

“He just couldn’t get to the game. It was one of those things that we really thought … I thought – I’m not going to say I was told – but there was some optimism that he would get to the game, and it just didn’t quite work out. He just couldn’t do it, and you could see it; I could see it in practice on Friday and Thursday. So, we’ll hold out the same hope this week. I think he’ll get there, but he just has to be right. A guy has to be ready to go and be at his best. He’s working hard; Gus wanted to go, believe me. All those guys want to go, same thing with DeSean [Jackson]. He’s another guy that would be in that category.”

In terms of Jackson, Harbaugh said that his injury has taken longer than expected to heal, but he’ll hopefully be back in Week 12.

“It wasn’t supposed to be real bad, but it just hasn’t quite come back as fast as you want it to. So, he’s working really hard to bring it back. He’s a little older, [so] it probably does take a little bit more time – I hope he doesn’t get mad at me for saying that – but he’s working at it. He’s going to be back, hopefully this week. We’ll see.”