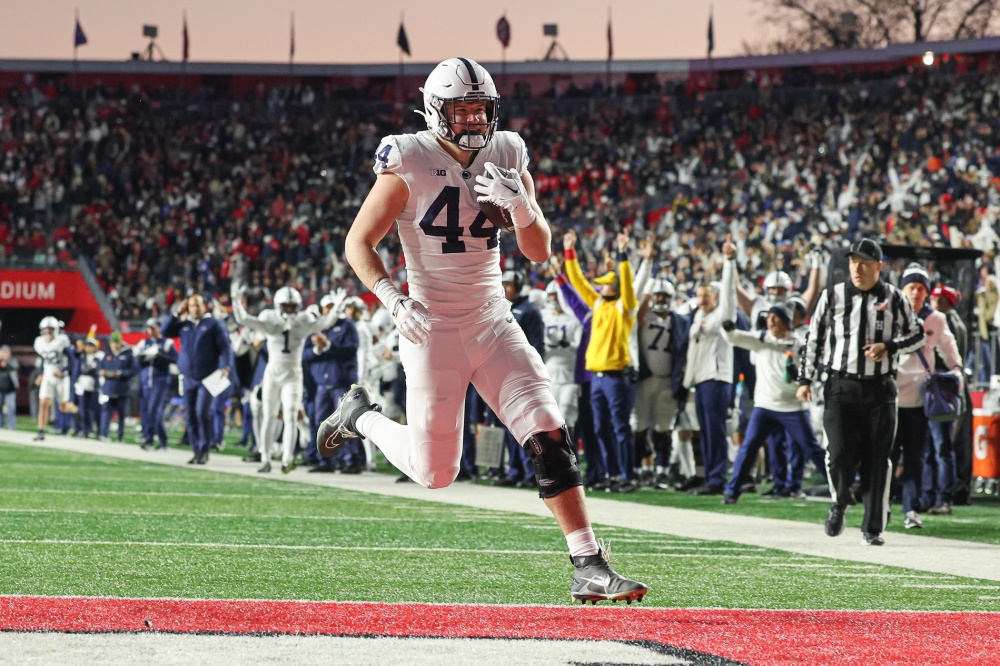 Penn State’s dynamic duo of freshman running backs shined in the spotlight in a Week 12 road win at Rutgers, and one half of that combo picked up some weekly recognition from the Big Ten. Kaytron Allen was named the conference’s co-freshman of the week following his big performance at Rutgers.

This is the second time Allen received at least a share of the Big Ten’s weekly freshman player of the week award. Allen previously picked up the Big Ten weekly honor earlier in the season after a Week 4 against Central Michigan. Allen rushed for 117 yards and a touchdown against Rutgers for his second career 100-yard rushing game.

Allen’s partner in the running game, Nick Singleton, had a solid showing against Rutgers as well. Singleton rushed for 62 yards but also had a 100-yard kickoff return for a touchdown to get Penn State on the scoreboard for the first time in Week 12.

Here are this week’s Big Ten players of the week: