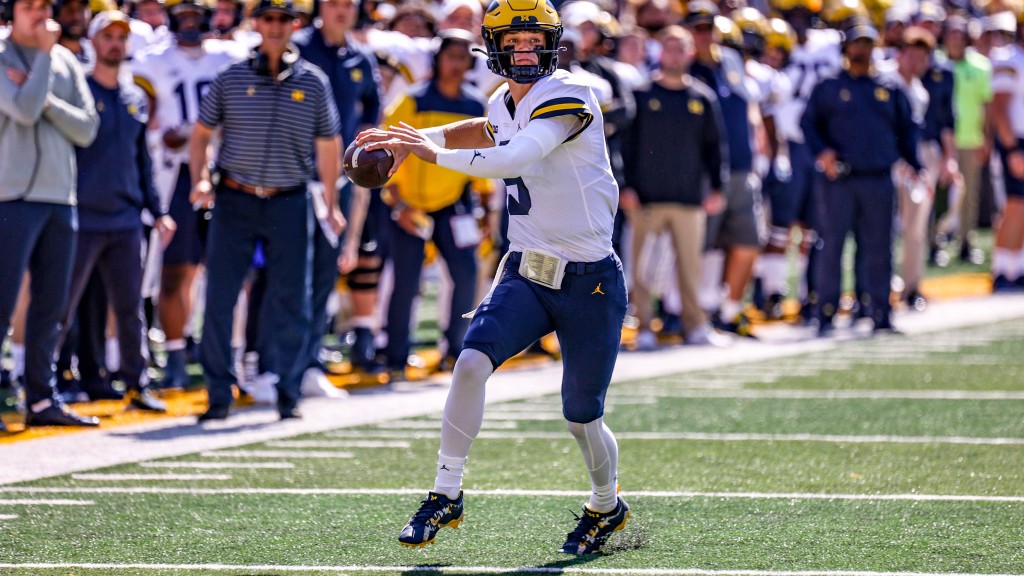 ANN ARBOR, Mich. — Confidence levels for the Week 13 contest at Ohio State were hitting an all-time high in the state of Michigan entering last week’s game vs. Illinois, but then Blake Corum was injured and the offense looked listless without him and several other key players in the lineup.

The Wolverines are mum on Corum’s status entering The Game, and though he and Donovan Edwards are thought to be capable of playing, albeit not at full strength, should that be the case, Michigan football’s chances will rely heavily on a pass game that has intermittently looked good, but mostly has been absent this season. That doesn’t mean that the maize and blue aren’t capable, at least that’s the prevailing thought inside Schembechler Hall.

Cornerback Mike Sainristil knows a little something about being involved in the pass game, considering he was a wide receiver from when he arrived in 2019 until this season when he made the switch to defense. Given what he’s seen in practice, he’s a little befuddled as to why what’s happened on State St. hasn’t translated onto Main St., but he’s sure that in a game like this one, if needed, the pass game can get the job done.

“They hit them in practice,” Sainristil said. “They’ve hit a few on me. But, I don’t think they’re far, there’s just the little things, I would say. Whether it’s routes need to be ran faster or timing, I’m not sure exactly what it is. But I know for a fact that this week it will be on point — I’m not gonna say hope. I just know it’s gonna be on point this week.”

But why hasn’t Michigan’s pass game worked in his eyes? What’s been going wrong? Clearly, he has insight where many may not, given that he was a part of that group with the same players a year ago.

He doesn’t believe that these are deep-seated issues, and that whatever the trivial mistakes are that are keeping the Wolverines from breaking out can be remedied before Saturday.