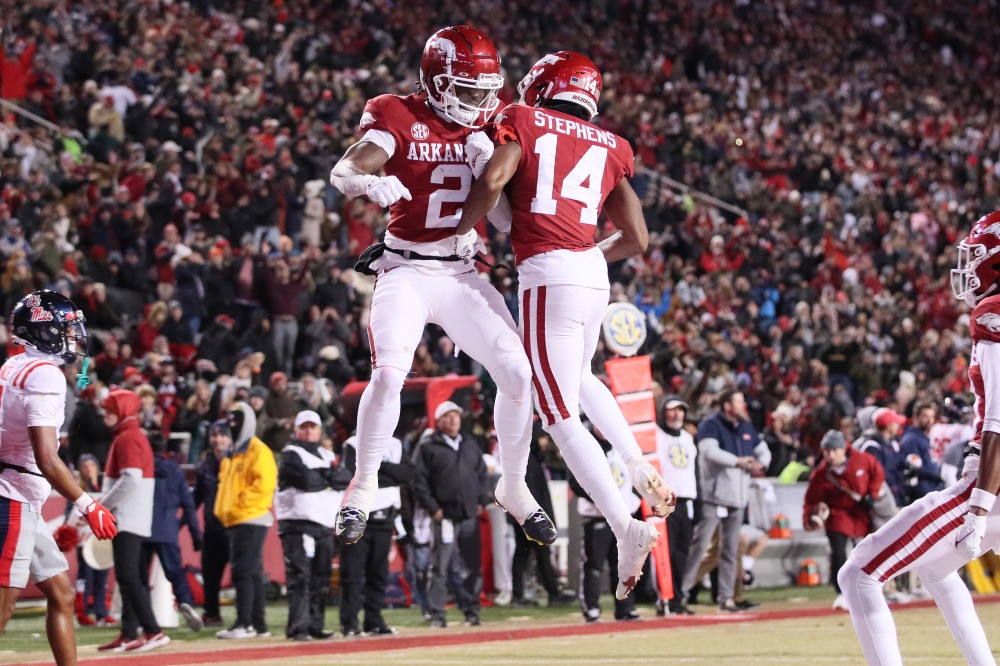 No one in Arkansas history had done what Rocket Sanders did against Ole Miss on Saturday.

The sophomore running back ran for 232 yards and three touchdowns in the Razorbacks’ 42-27 win over the then-No.14 Rebels and was named SEC Offensive Player of the Week for his efforts.

Sanders, a wide receiver in high school, also had five catches for 28 yards. The combination of receptions and yards rushing made him the third SEC player in the last 23 seasons to reach 200 yards on the ground and have five grabs.

Sanders spent most of the season atop the SEC leaderboard when it came to yards rushing. But consecutive games of 60 and 46 yards against Liberty and LSU dropped him out of the lead. With his 232 against Ole Miss, Sanders enters the final week of the regular season just four yards behind leader Quinshon Judkins with 1,379.