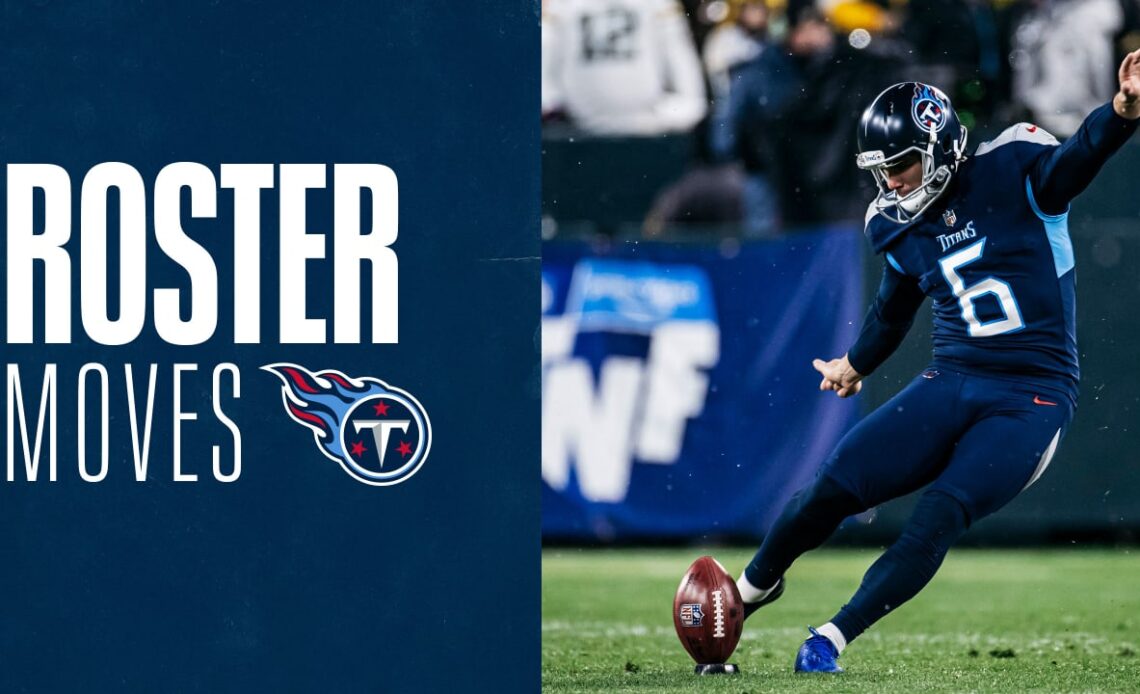 Lambo was added to the active roster last week, and he kicked in Thursday’s win over the Packers. Lambo made 3-of-4 extra points in that contest, but he did not have a field goal attempt.

Titans kicker Randy Bullock was inactive against Green Bay because of a right calf injury he suffered in warmups prior to the team’s November 13 contest against the Broncos.

The Titans return to action on Sunday against the Bengals at Nissan Stadium.