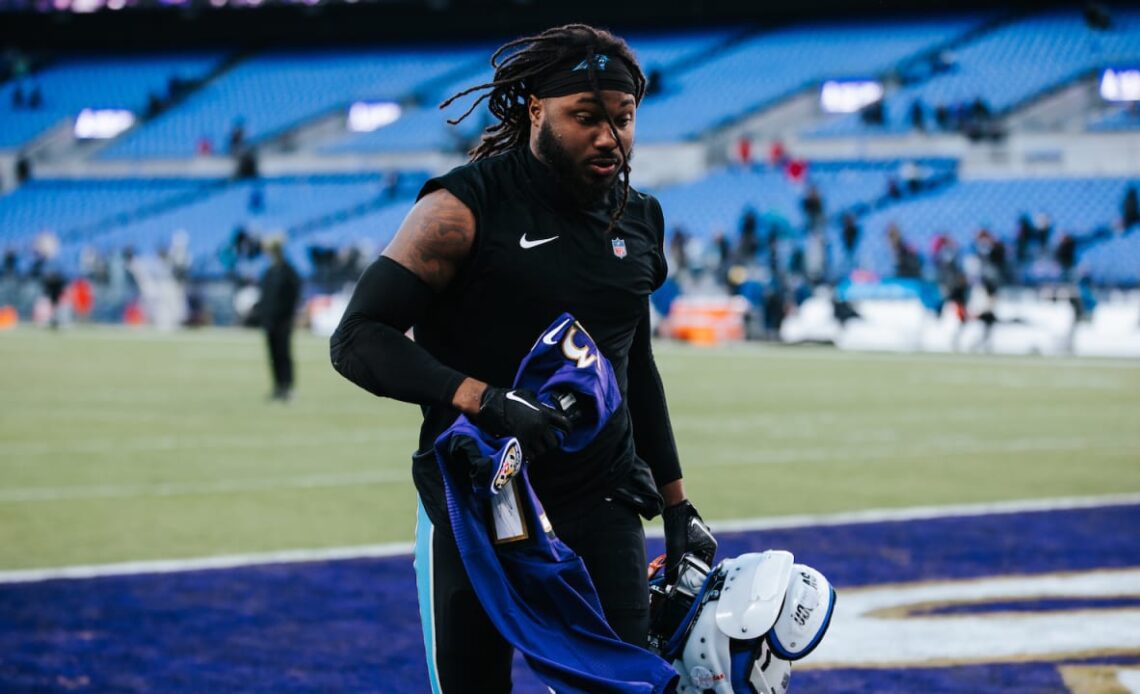 Of course, the elephant in the room is the fact there’s another aspect of offense that didn’t work at all Sunday, or often at all this year with quarterback Baker Mayfield at the helm (his first start since missing five games with a high ankle sprain and the dawning of the PJ Walker era).

The Panthers didn’t convert enough third downs Sunday, and Mayfield threw a pair of interceptions late (one on a tipped pass), adding to his struggles this season. He finished the game 21-of-33 for 196 yards with the two picks for a 54.6 rating. He hasn’t played consistently well since Week 3. It seems notable that since that win over the Saints in September (which was a coach and a McCaffrey and seemingly a lifetime ago), Mayfield’s passer rating has gotten worse every time he started (61.9, 61.7, and 54.6). That number now sits at 67.9 in his starts (excluding the cosmetic second half of the rout in Cincinnati).

So, to sum up, the Ravens did the important thing (stopping the Panthers’ run game), and the Panthers never counter-punched, wasting a day when their own defense held Lamar Jackson in check (Baltimore’s only touchdown came off a short-field turnover).

“Again, we didn’t get anything in rhythm in the offense which starts for us in running the football. We’ve got to do a great job in the passing game as far as executing. It wasn’t a great job on our part offensively today.”

That’s going to lead to a decision at quarterback — Sam Darnold is healthy enough to play, though Walker might not be. But until the Panthers can get back to their personality up front, it’s going to be harder for that to matter, no matter who starts at quarterback.