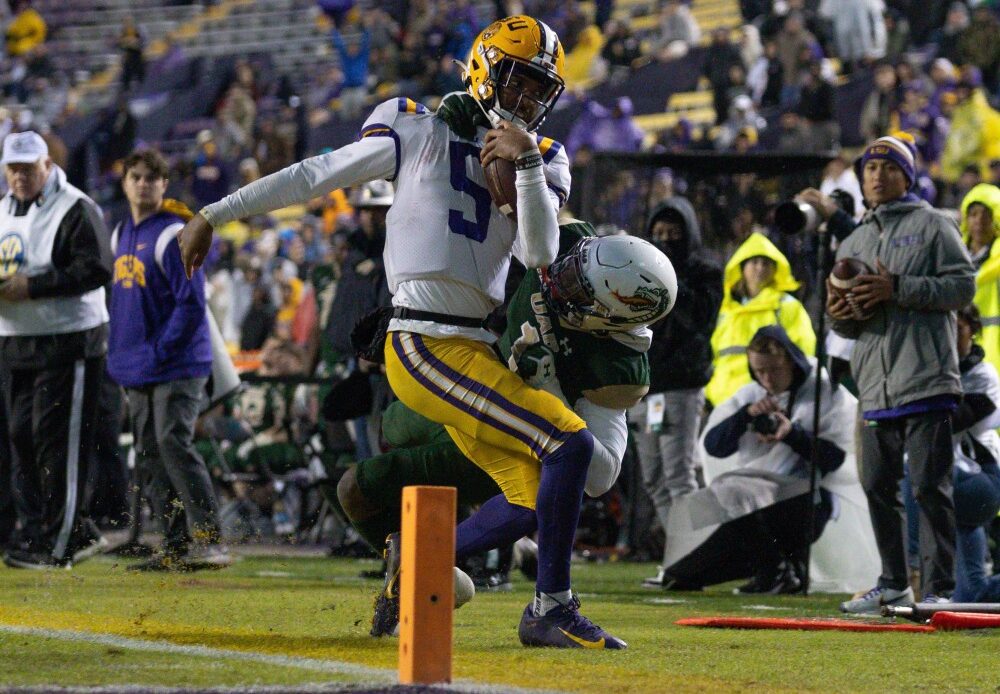 If you are going to have a successful football team, you have to have great leadership. Jaray Jenkins has stepped up and filled that role for the Tigers in Brian Kelly’s first season on the Bayou.

In his four-year LSU career, Jenkins has played in 41 games making 85 receptions for 1287 yards and 13 touchdowns. Jenkins’ best game this season came in a victory over the Florida Gators as he recorded two receptions for 67 yards and a touchdown.

After the game against UAB Saturday night, Kelly talked about the growth of Jenkins and how he was leading this team.

“I’ve seen a lot of growth. I think it’s maturity in taking on responsibilities and wanting to leave a legacy that he was one of those leaders that was part of taking this team from last to first in one year. Literally, last to first. So that’s big, and I think that’s what he wanted to be a part of, and he feels really good about that.”

LSU will play their final regular season game this week in College Station against Texas A&M.