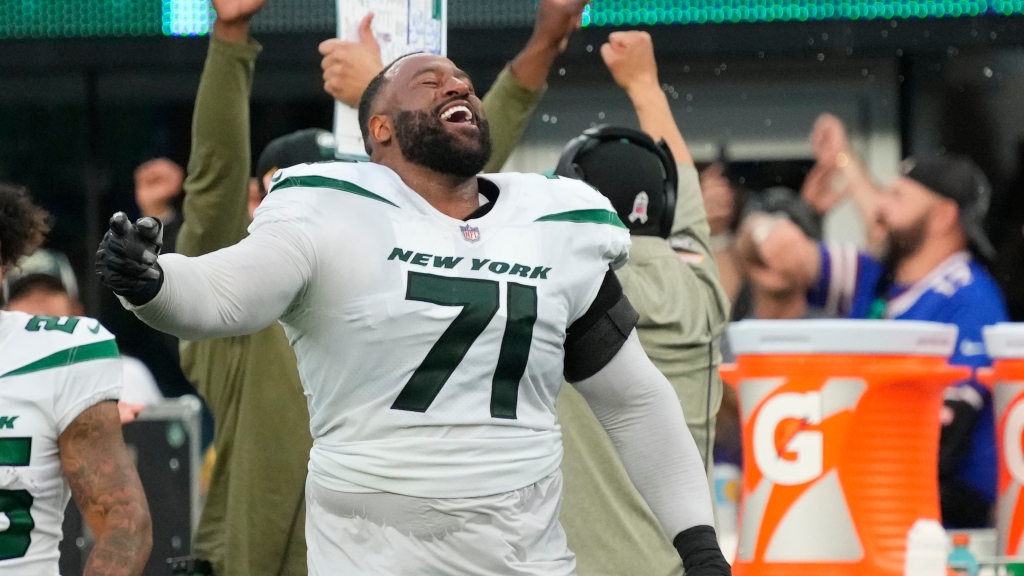 The NFL unveiled its list of 32 nominees for the 2022 Art Rooney Sportsmanship Award. One player from each team gets selected. For the New York Jets, that player this season is offensive tackle Duane Brown.

The Art Rooney Sportsmanship Award is given annually to “an NFL player who best demonstrates the qualities of on-field sportsmanship, including fair play, respect for the game and opponents, and integrity in competition.” and is named for Art Rooney Sr.

Those 32 players will be whittled down to eight finalists, selected by a panel including Warrick Dunn, Leonard Wheeler, Larry Fitzgerald and Hall of Famer and former Jets running back Curtis Martin. Those eight finalists will be voted on by players in December on the Pro Bowl ballot. Similar to Pro Bowl voting, a team cannot vote for their own player.

The winner will be announced during the NFL Honors show the night before the Super Bowl.