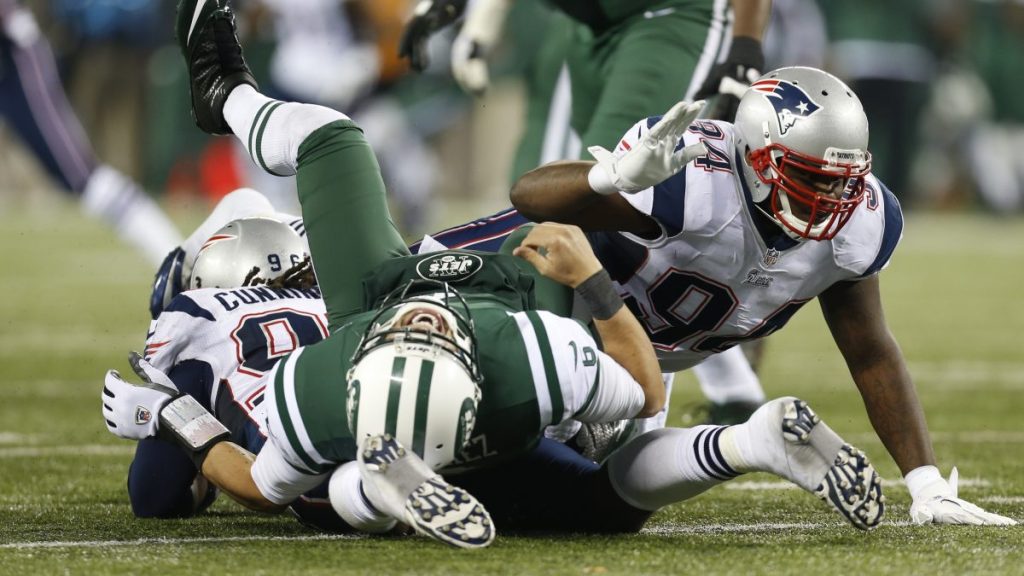 It’s the play that will live in Jets’ history forever, for better or for worse. And Tuesday marks a special anniversary for the play.

Tuesday marks the ten-year anniversary of the play simply known as the “Butt Fumble.”

On November 22, 2012, Thanksgiving Day at the Meadowlands, the Jets were playing host to the New England Patriots. It was 14-0 Patriots in the second quarter when the Jets had the ball on 1st and ten from their own 31-yard line.

Mark Sanchez would drop back and then keep the ball to run up the middle. Little did he know he was about to run right into the history books, as well as his own teammate.

Patriots defensive tackle Vince Wilfork drove Jets offensive lineman Brandon Moore back and right into the path of Sanchez, causing Sanchez to run right into Moore’s backside, get knocked over and lose the football.

Steve Gregory would be right there to receive the loose ball and take it all the way for a touchdown to quickly make the score 21-0. Not long thereafter, it would be 28-0 Patriots and it would become that kind of night for the Jets.

On this day 10 years ago: the Butt Fumble. pic.twitter.com/UZqWnwJxFD

Since then, the series has been just as bad for the Jets. They have beaten the Patriots just twice in the last ten years and are now on a 14-game losing streak to the Patriots after Sunday’s gut-punching 10-3 loss thanks to the 84-yard punt return by Marcus Jones.