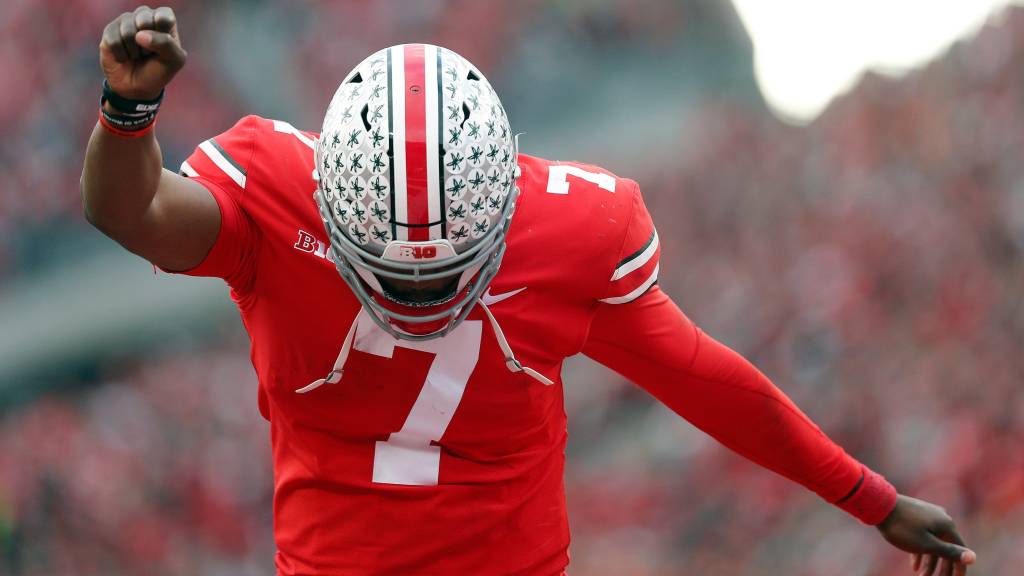 The late, great, Dwayne Haskins (rest in peace) is one of the most outstanding quarterbacks in Ohio State history and everyone remembers his insane 2018 season, which saw him bring home an entire trophy case. No discussion of Haskins would be complete without fans remembering his two games against Michigan and the significant wins that he was a part of.

In 2017, Haskins didn’t start the game and didn’t even throw for a touchdown, but he played a vital role coming off the bench due to the injury to J.T. Barrett. When Haskins entered the game in the third quarter, Ohio State was down 20-14 and he had a huge 22-yard run that set up the go-ahead J.K. Dobbins touchdown. Haskins finished the game only completing six of his seven attempts and rushing three times for 24 yards, but he was a vital part of the 31-20 win in 2017.

Dwayne Haskins’ first major moment at Ohio State was as a freshman, taking over for an injured J.T. Barrett while trailing rival Michigan on the road in the 3rd quarter. Haskins would lead the Buckeyes to 3 scoring drives and a come from behind win. RIP 🙏 pic.twitter.com/HOi63mFArj

Many will remember this game due to Chris Olave breaking out, but Haskins was dealing during this six-touchdown performance. Despite being the lower-ranked team at No. 10 and Michigan being ranked No. 4, The 62 points scored was the most by the Buckeyes in the history of the series and also the most points ever scored on Michigan in regulation.

Few quarterbacks have dominated Michigan like Haskins and it is awfully fun to reflect.

50 Days!!!! Throwing it back to Dwayne Haskins, BIG ten TD record for 50 TD’s in a single season!! pic.twitter.com/hOMrJ4hn12