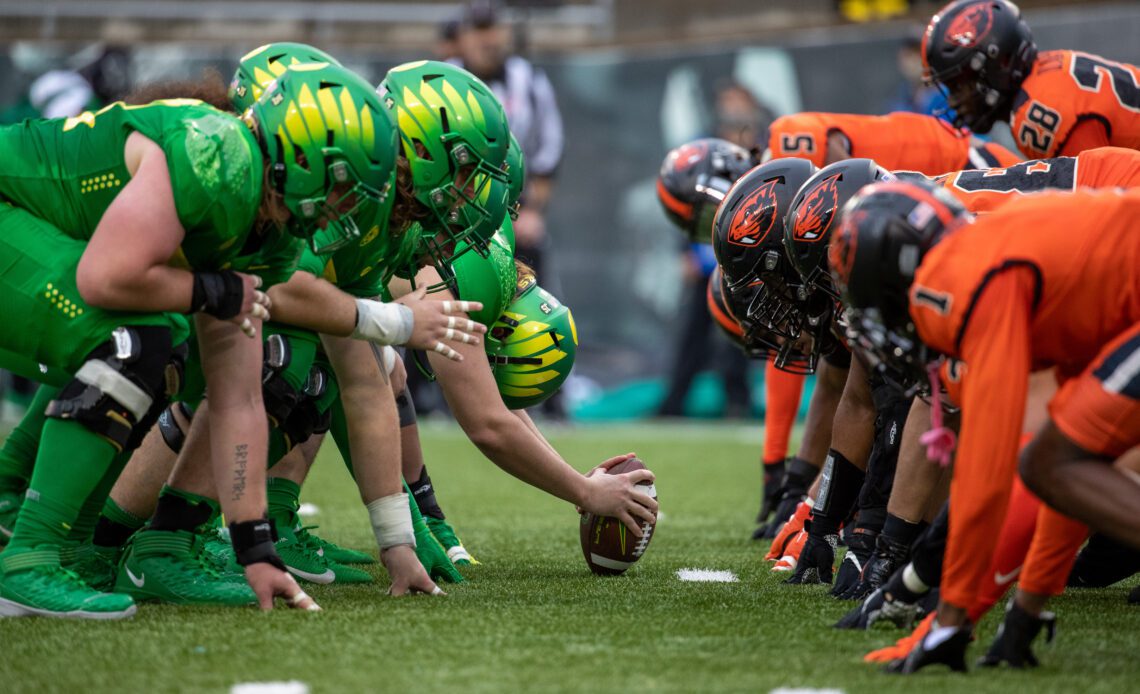 After the loss to the Washington Huskies, things looked pretty bleak for the Oregon Ducks. No longer did they have a realistic chance to make it to the College Football Playoff, and their probability to win the Pac-12 Championship was the third-highest in the conference.

However, a win over the Utah Utes changed things over the weekend, and now the Ducks are sitting relatively pretty once again.

According to ESPN’s Football Power Index, the Ducks have the second-highest chance in the Pac-12 to win the conference title, second to the USC Trojans, of course. Since Oregon hasn’t officially clinched a berth in the title game, while USC has, it makes sense that the Trojans would hold a significantly higher probability.

What’s also interesting to see is that Oregon’s win probability against Oregon State — a game they almost certainly need to win in order to make it to Las Vegas — has gone down, per FPI. A lot of that may have to do with the looming ankle injury for Bo Nix.

With all of that being said, it’s obvious that this final week of the regular season has some major ramifications for the Ducks. Take a look at how ESPN’s Football Power Index currently views their chances as we close out the year.

CONTEXT: It feels like this rivalry has really returned, with the Beavers now playing some of the best football they have in years. With Jonathan Smith getting things rolling up in Corvallis, Dan Lanning will have his hands full trying to take down a really physical team that will look to dominate the trenches on Saturday. A lot will ride on whether QB Bo Nix is healthy or not for the Ducks. 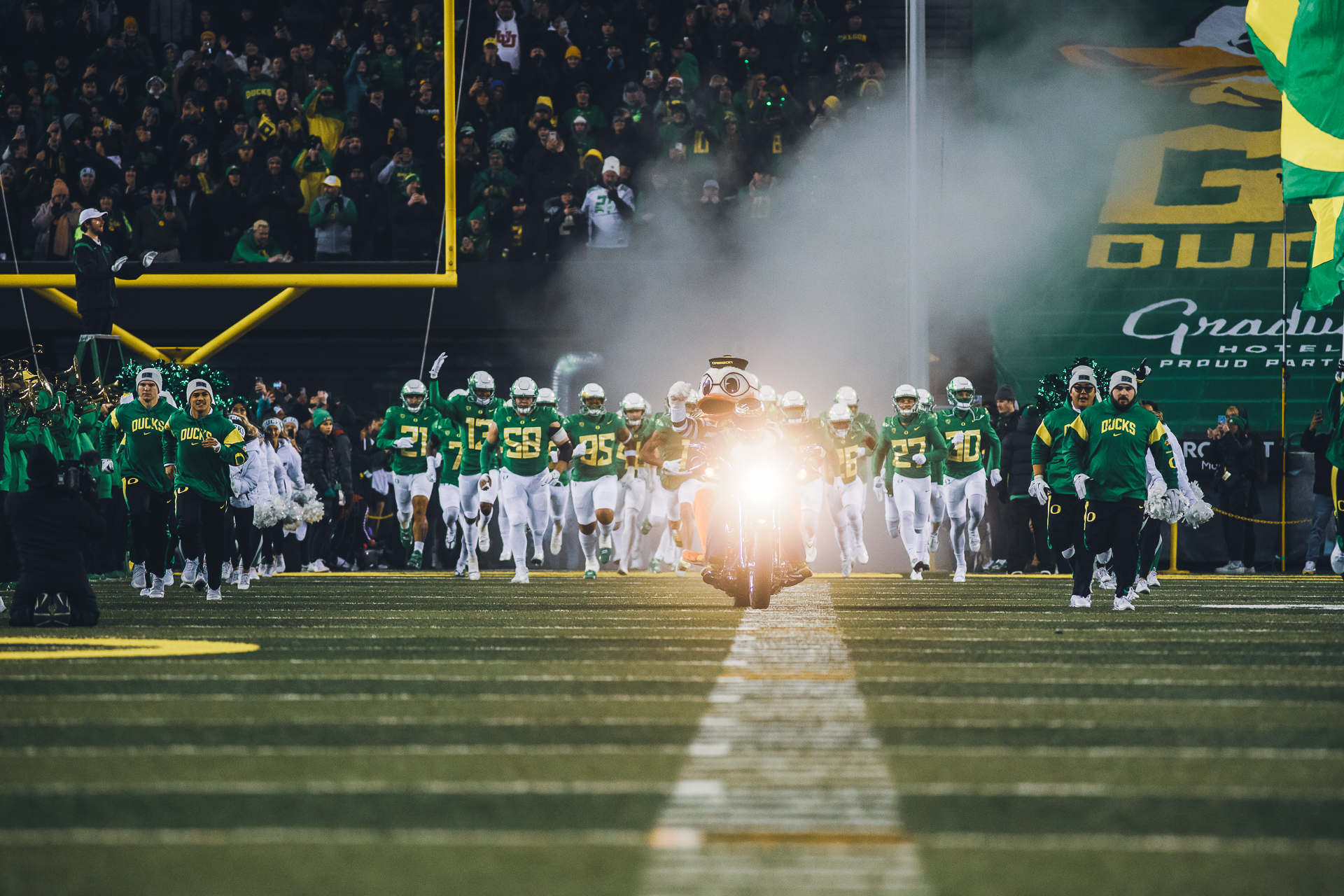