Panthers to start Sam Darnold vs. Broncos in Week 12 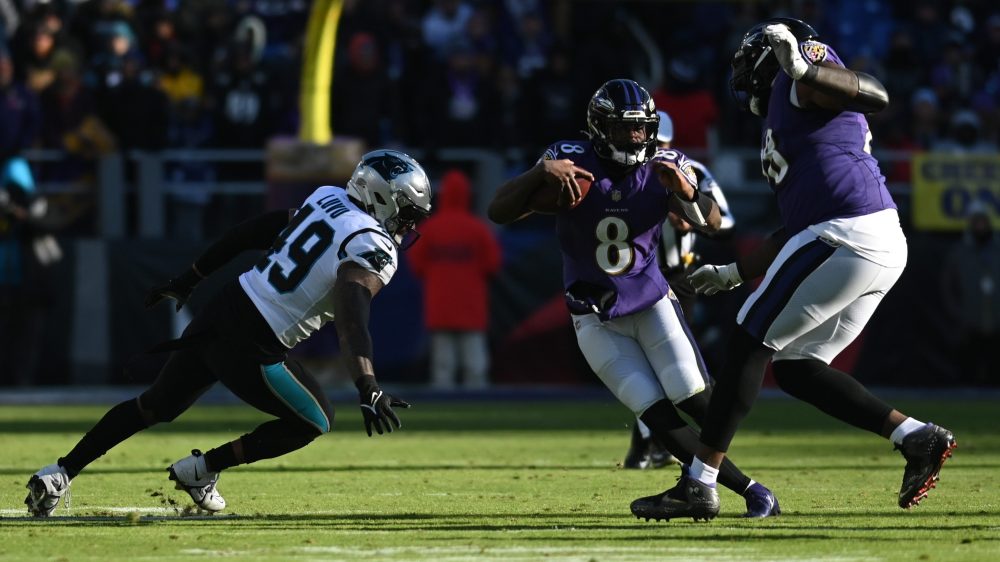 As announced by the Carolina Panthers late Tuesday afternoon, Sam Darnold will be the starting quarterback for the team’s Week 12 tilt against the Denver Broncos. This will mark Darnold’s first action of the 2022 campaign.

The fifth-year passer began the season on injured reserve, after sustaining a high-ankle sprain in the preseason finale on Aug. 26. Following a nine-week absence, he was activated to the 53-man roster on Nov. 7—prior to the Week 10 matchup with the Atlanta Falcons.

Darnold will take the reins over from Baker Mayfield—who turned in yet another underwhelming performance this past Sunday. Mayfield completed 21 of his 33 passing attempts for 196 yards and two interceptions in a 13-3 loss to the Baltimore Ravens—moving the Panthers to a 1-5 mark in his six starts.

A former third overall pick—of the same draft in which Mayfield was the first overall pick—Darnold was acquired last offseason in a trade with the New York Jets. He appeared in 12 games for Carolina in 2021—passing for 2,527 yards, nine touchdowns and 13 interceptions.