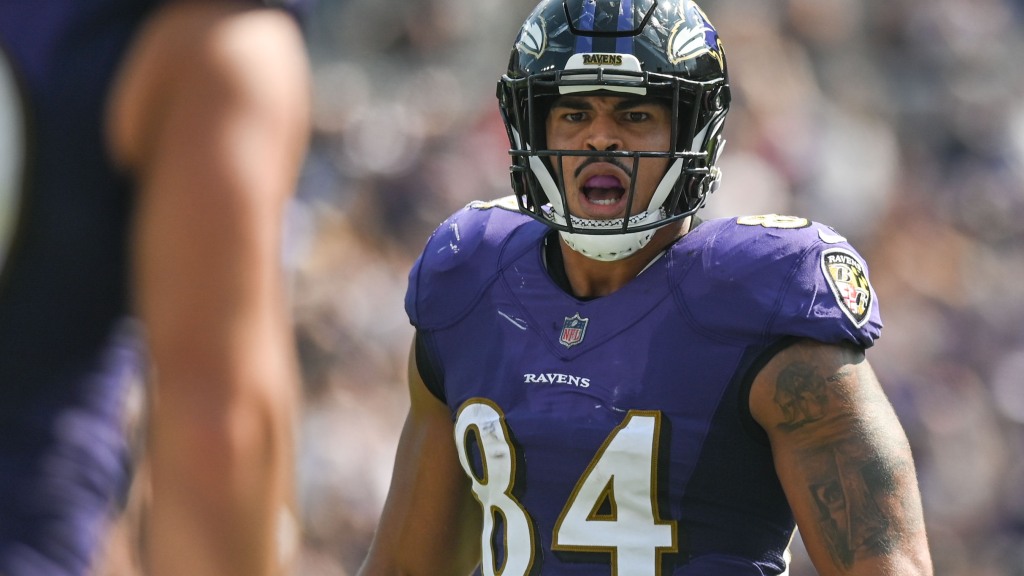 Going into the 2022 season, the Baltimore Ravens tight end position was overflowing with talent. The team had Mark Andrews and Nick Boyle to go along with rookies Isaiah Likely and Charlie Kolar. Josh Oliver seemed like the odd man out in the room, but has shown his perseverance of working hard and doing what he could to make the team and thriving in an increased role.

Oliver’s teammates and coaches have been impressed with what the tight end has achieved as well and are giving him his flowers. Before Baltimore’s Week 11 matchup with the Carolina Panthers, offensive coordinator Greg Roman was asked about Oliver and couldn’t say enough good things about him.

OC Greg Roman on the credit he gives @JoshO_3 for his progress this year: pic.twitter.com/Yj5wavY715

“First of all, I have to say Josh [Oliver] just flat out won a job; he won a roster spot in training camp. It was definitely not a sure thing, and he just won it. For him to not be on the team for us would have been ridiculous with how he was improving. So, he’s a classic example of someone who came into training camp, looked at the depth chart and said, ‘Wow, they have a lot of tight ends.’ He just made us put him on the team, and he continues to make us play him. As far as his blocking, it is so much improved from a year ago, probably as much as any player I’ve ever worked with over one year’s time. It’s a credit to him. I definitely think teams that are getting ready to play us around the league, they’re probably … I can envision them watching us and looking at him saying, ‘Holy cow, who is this guy?’ and then they start shuffling through their papers to dig down on him because he’s doing an excellent job. We want to continue that trend.”

Oliver has made the most of his time as a Raven this season.  He’s been solid at blocking and has made plays when called upon in the receiving game as well. He’s stepped up in the absence of injured players, and the front office appears to have gotten another underrated high-impact player via trade, sending just a 7th-round selection to the Jacksonville Jaguars in exchange for him during the 2021 offseason.