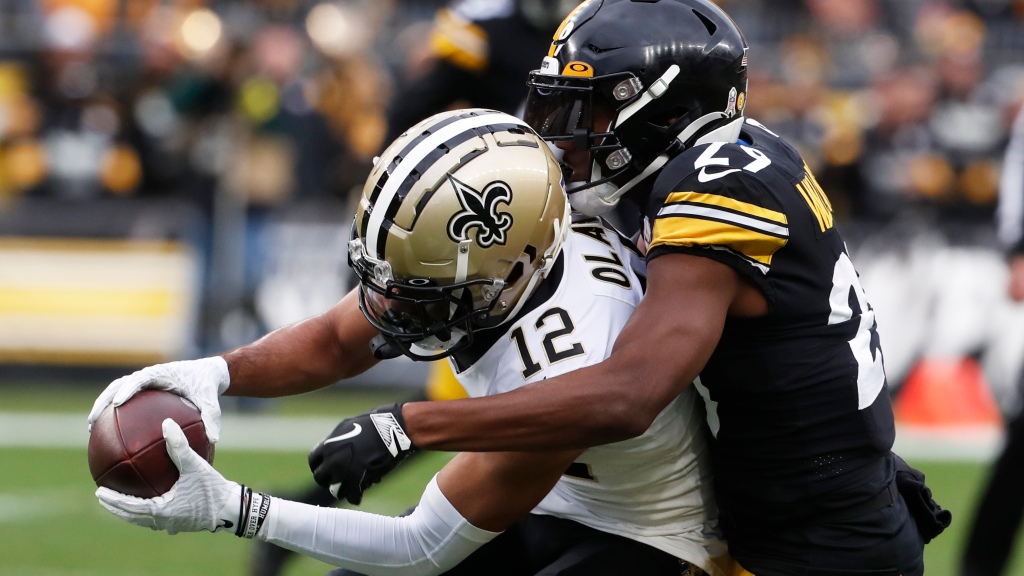 It’s easy to see why the New Orleans Saints were so determined to get Chris Olave on their team. They moved mountains in the 2022 NFL draft to navigate the board and trade up not once, but twice to get in position to bring Olave into the fold — after adding another first rounder and upgrading their initial pick from No. 18 to 16, they called in another trade on draft night to climb even higher from No. 16 to 11.

And Olave has done everything possible to justify that decision. The former Ohio State Buckeye is already one of the most reliable wide receivers in the NFL. He’s ranked top-15 in almost every major receiving category after Week 11:

And he’ll be even more effective once the Saints get him a quarterback. Andy Dalton and Jameis Winston have been too erratic to get the most out of his talents, but he’s still seen more targets (83) than anyone else on the team. Long-lasting injuries to Michael Thomas and Jarvis Landry have opened opportunities for him to take on a bigger role than was maybe anticipated when the season began, but if anything it’s quickened his development.

Olave already had a mentor in Thomas — who had been keeping tabs on him dating back to Olave’s time at their shared alma mater, and before that when Olave was a high school standout not far from Thomas’ own old stomping grounds in Southern California — but his new relationship with Landry has been big for him.

“It’s great having him on and off the field. He’s a great leader as he has been throughout his career. He has that dog mentality,” Olave said after the Saints’ win over the Los Angeles Rams on Sunday, in which he and Landry both caught touchdown passes. “He rubs off on other people. Having him off the field when things aren’t going well, then he is picking everybody up. Jarvis has definitely helped me out throughout my first year.”

Olave is going to be a huge part of the Saints’ plans now and in the future. Landry’s contract will expire at the end of the season, and Thomas’ future with the team is uncertain. Once they get down to business in looking for their next franchise quarterback, finding someone who can maximize Olave’s potential has to be an immediate concern. In the meantime, he’ll just keep on putting the league on notice and giving Saints fans a welcome silver lining amid a gloomy season.