Vikings Give Thanks by Giving Back Through Multiple Community Events 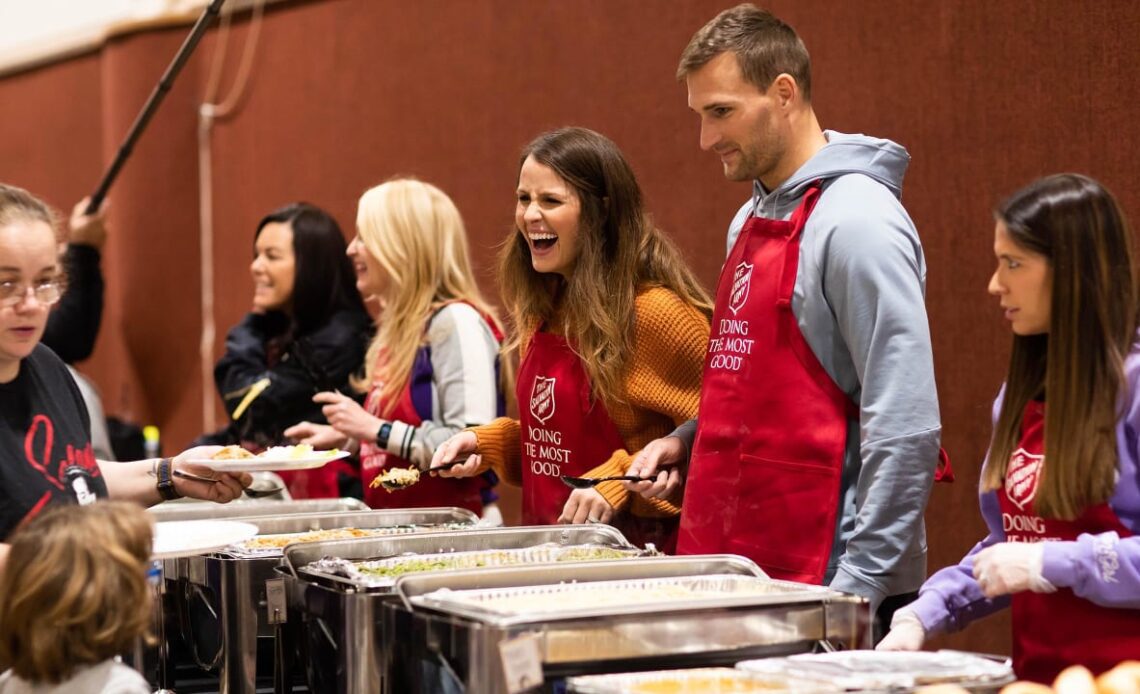 Jefferson teams up to give back for Thanksgiving | By Lindsey Young

Jefferson was all smiles.

The Vikings receiver had kicked off Week 10 with a crowd-wowing catch and huge road win over the Bills; just two days later, Jefferson teamed up with the Vikings and UnitedHealthGroup to distribute 1,200 Thanksgiving meals to community members.

“There’s a lot to smile about. … This is a special moment, giving back,” Jefferson said. “It’s just a special day. I love Thanksgiving. It’s about being with family, being with the ones you love, and to be here and give back is very special to me.”

The Vikings and UHG partnered with 15 nonprofit organizations to work with their existing networks to select families that would most benefit from extra support this holiday season. Meals donated included a frozen turkey, instant potatoes, gravy, a can of veggies, cranberries and a dessert.

“We’re gonna bless you today, all right?” Jefferson told a woman as he offered her a hug. “You got the Golden Ticket! You’ve got groceries for a whole year, so you’re gonna be good.

“It’s amazing to be a part of this,” he later added. “I’m just honored to be here – blessed to be here.”

Vikings Legends Scott Studwell, Rickey Young, Stu Voigt and Esera Tuaolo assisted during the event, as did Viktor the Viking.

“UnitedHealth Group has been working with some amazing community partners to help address food insecurity in Minnesota,” Edelson said. “We are fortunate to partner with the Minnesota Vikings on these efforts, especially during the holiday season.

“We are proud to support these efforts around food insecurity and are honored to have such an energetic and committed partner like the Vikings,” he added.

Nance said the event exemplified what the Vikings organization aims to accomplish off the football field.

“We’re able to do it with our great partners at UnitedHealthGroup, alongside Justin Jefferson, [a] face of the team,” he said. “He’s such a great representative of this organization, and we were able to come…