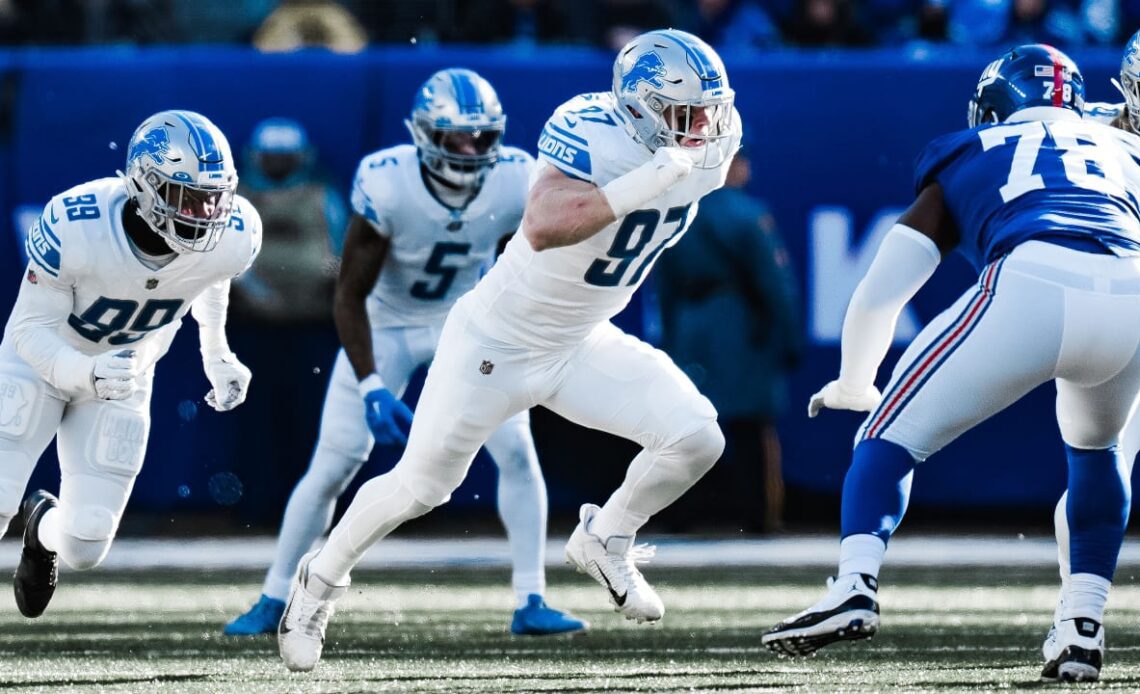 We start with the Lions’ young defenders:

It would be overstating the obvious to say that defensive lineman Aidan Hutchinson and safety Kerby Joseph are not one-hit wonders in their contributions to the Lions’ defense.

Both have made significant contributions in the Lions’ three-game winning streak in what has been an impressive team effort. Hutchinson has started all 10 games. Joseph has played in all 10 with seven starts.

Against the Packers, Hutchinson had an interception in the red zone, two assisted tackles and a pass defended. Joseph had 10 total tackles – five solo, five assisted – two interceptions and three passes defended.

Against the Bears, Hutchinson had eight solo tackles, a tackle for loss and a pass rush on Bears QB Justin Fields that helped make him rush a throw that was intercepted by cornerback Jeff Okudah and returned for a touchdown. Joseph had seven total tackles, five of them solos.