Who has the most Monday Night Football wins all-time 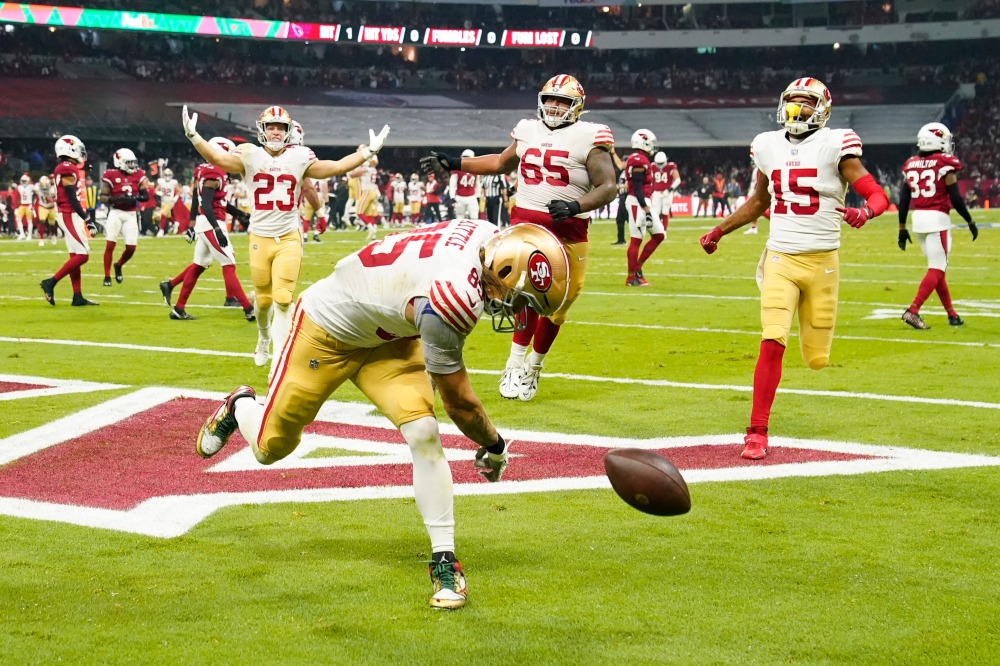 The 49ers dropped the Cardinals on Monday night, and with their win vaulted past the Pittsburgh Steelers on the all-time Monday Night Football wins list.

San Francisco’s 38-10 romp over Arizona was Monday night win No. 52 for the red and gold. They entered the night tied with Pittsburgh at 51 MNF wins.

Pittsburgh will get a chance to catch the 49ers soon though. They’re slated for a game against the Colts on Monday Night Football in Week 12. That’ll be their only chance to catch San Francisco on the all-time MNF wins list this season.

Monday in Mexico City was the 49ers’ second MNF win of the season. They also knocked off the Rams in Week 4 to move into a tie with the Steelers.

If Pittsburgh loses in Week 12, the 49ers’ all-time lead is safe until at least next season. If the Steelers win, they’ll be back to deadlocked at 52 apiece.

Thoughts and notes: 49ers blow out Cardinals in Mexico City